August is the time to get started on land management practices, and setting up treestands and ground blinds for the upcoming archery deer season.

Recommended land practices include seasonal mowing, planting winter wheat, clover or other fall crops to establish a cool weather food source on their hunting property, and trimming vegetation around treestands and adding some natural camouflage to ground blinds. 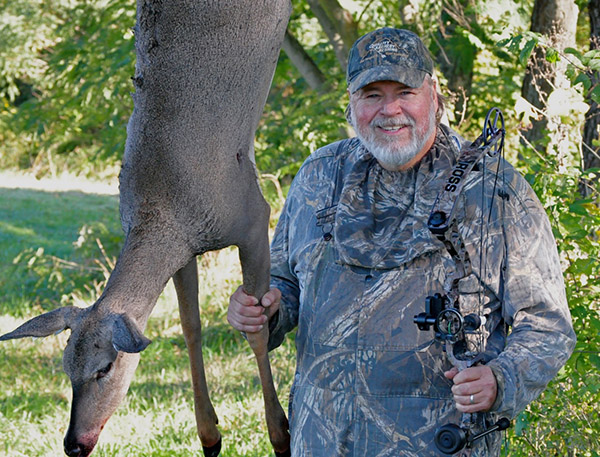 It takes a lot of work and attention to detail to be successful when hunting with a bow and arrow since shots are usually under 30 yards. Here are some observations:

Now that deer fawns are old enough to run at their mother’s side to escape danger, there’s no risk of running over them with a tractor in high grass and weeds.

Pre-season mowing should concentrate on opening up clearings along field edges where you will be hunting and creating access. Mowed trails through tall grass or weeds make it easy to quickly and quietly move in and out of your hunting area without being detected.

Deer are creatures of habit and will usually take the easy way through thick cover. They will walk down mowed trails, which makes them easier to ambush, but if you use the same trails to access your treestand or ground blind, they could catch your scent on the ground where you’ve been walking.

Be careful, and practice scent control on your clothing and boots when you begin hunting.

Beginning in mid-August, winter wheat and clover should be planted in areas that have been cleared for cultivation.

Establishing small plots of clover throughout your hunting area can pay big dividends during deer season, especially early in the season. 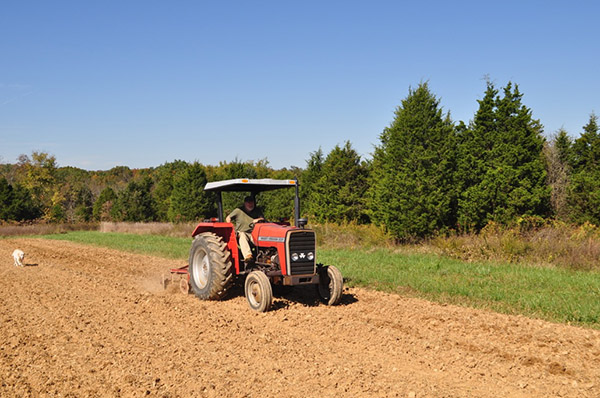 If managed correctly, stands of clover can last for three to five years without re-seeding. Plots can be as small as 1/4 to 1/2-acre in size will attract deer, and should be located where there’s full sun at least part of the day.

Clover is a perennial cool-season legume that increases soil fertility and provides an almost year-round source of high-quality forage for wildlife. Clover starts growing in the early spring and lasts until it is killed back by the heavy frosts of late fall. Plots should be mowed periodically, to discourage weeds.

A tiller (mechanical cultivation) or disc harrow is ideal for preparing an area for planting.

A soil test may be needed to measure the nutrient levels — nitrogen (N), phosphorus (P), and potassium (K) — and pH level (acidity) of the soil. Soil test kits are available at most farm stores. Follow directions carefully.

If fertilizer needs to be added to your plot, consider using 10-10-10, a formulation commonly available in 50-pound bags. Both fertilizer and agricultural lime are available in pellet form, for easy application with a hand-crank spreader. Lime improves water penetration and the uptake of nutrients of plants growing in acidic soils. 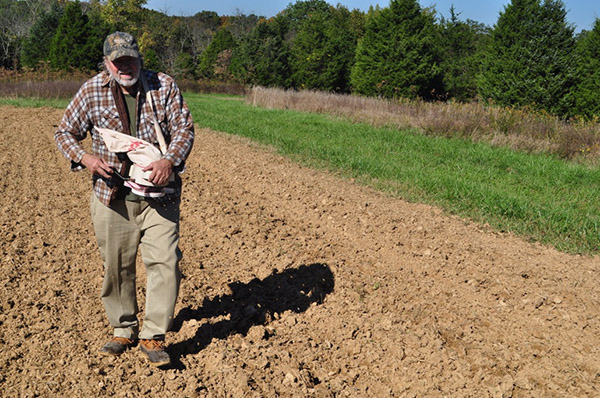 Go easy with the fertilizer, use about half what is recommended for crop production, but don’t skimp on the amount of lime that is recommended. Low pH is usually an issue with Kentucky soils.

Winter wheat is a good choice for an initial planting in the fall because it’s a high protein, is easily digestible by wildlife, and makes a good nurse crop for clover. It grows best when the soil has a pH of 5.8 to 6.5.

Mix in some clover (ladino or medium red clover) with the wheat, or overseed when the wheat starts to sprout. The best time to plant is in advance of rain.

Picking the right entry and exit route to your treestand or ground blind might be more important to success in bowhunting than where you actually hunt.

Scout for hidden access routes. Traveling undetected, when entering and exiting a hunting area, will greatly improve success in deer hunting, staying hidden from the keen eyes, ears and noses of deer. Use gullies, creeks, standing corn, and fencerows to shield your movement.

Don’t go into your stand in the dark, wait until there is just light enough to see, so you won’t step on sticks and make too much noise. 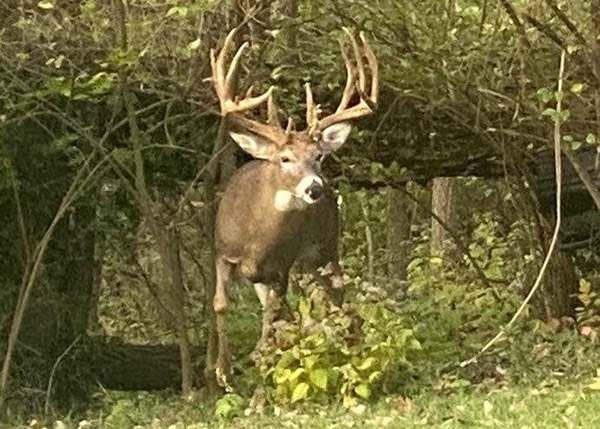 Stands should be approached from downwind, or crosswind, as long as the hunter’s scent is not being blown in the direction deer are expected to approach.

A little wind is a good thing. Stay away from your best stands on calm days because deer can hear you approach from a long way off when it’s quiet in the woods.

Pre-season, resist the temptation to sneak around your hunting area.

Check your trail cameras on the edges of fields from a truck, tractor or utility vehicle. Some hunters like to mount trail cameras on metal fence posts. That way they can drive right up to the camera, replace the memory card with a blank one, and then drive off.

Driving tractors and trucks around a hunting area mimics normal farm traffic and doesn’t alert deer to danger, as a human on foot does.

Art Lander Jr. is outdoors editor for the Northern Kentucky Tribune. He is a native Kentuckian, a graduate of Western Kentucky University and a life-long hunter, angler, gardener and nature enthusiast. He has worked as a newspaper columnist, magazine journalist and author and is a former staff writer for Kentucky Afield Magazine, editor of the annual Kentucky Hunting & Trapping Guide and Kentucky Spring Hunting Guide, and co-writer of the Kentucky Afield Outdoors newspaper column.

Set up your ground blinds and treestands, and get the tree trimming done well in advance of the season-opening day. When trimming shooting lanes, be sure to pile up limbs away from deer trails or remove them from the area. Drape small, leafy branches over ground blinds for added camouflage. Add limbs and grasses to ground blinds, for enhanced camouflage.

At the beginning of archery season in Kentucky deer are still in their summer pattern, focused on fields of clover, alfalfa, or sprouting wheat, until the acorns ripen in September.

Pick a tree that provides good cover in a fence line for your treestand, or a brushy area in the corner of the field, for a ground blind. Early in the season the wind predominately blows from the west, southwest, but frequently shifts to the northwest, with the advance of cool fronts.

The ideal positioning for hunting cool fronts is facing northwest. That way you’ll have the sunset over your left shoulder and the wind in your face. Deer approaching from upwind won’t be able to smell you, and you’ll be hidden in the shadows as the sun moves to the western horizon.

Early in the season, concentrate on hunting in the late afternoons, especially during the first and last quarter moon periods, when the moon is a thin crescent and positioned at 12 o’clock in the sky at dusk. That’s when deer are most likely to converge on feeding areas before dark. The early season is a good time to take a doe. There will be plenty of days in late October and early November to concentrate on hunting a buck.

Kentucky’s archery season for deer opens on Saturday, Sept. 4. Use your time between now and the season opener to get ready. Your efforts will greatly improve your chances of successful hunting. Think deer!