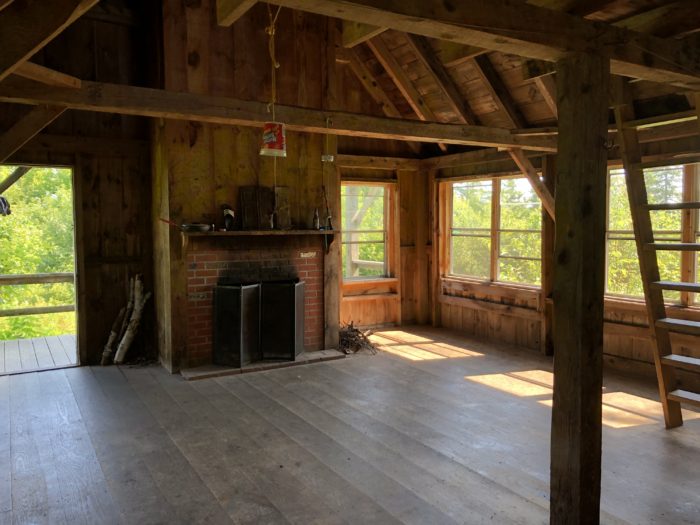 With the final member of last night’s shelter crew gone I began thinking about what I would do on my first trail zero. I recalled a fellow SOBO sweeping the floor boards at a Maine lean-to many weeks ago. So I grabbed the birch branch broom from the corner and began sweeping. Down feathers, cigarette butts, dirt, and crinkled leaves were tucked in between the wood studs. The lofted cabin could probably sleep 20 so it was going to take a while to sweep. I sneezed. I pulled my neck gaiter over my nose and mouth and got back to it.

The day before had been my hottest on trail. My hiking partner and I beaded globs of sweat after every breezeless Vermont uphill climb. The fields we crossed were like the furry backs of overheated dogs – hot air trapped within the tall grasses was unleashed as we brushed by. With only two miles to the shelter a light ache in my left foot I had felt earlier grew more acute. Acute quickly turned to sharp pain. The sharp pain forced me to stop and sit. I took off my trail runners and felt for the spot that was most tender. I did some rapid googling and learned that a Jones stress fracture was common in the spot on my foot. Shit. Trying to stay calm and not overreact to a self internet diagnosis, I swallowed two ibuprofen and tried to relax. For the first time since starting the AT I had thoughts about quitting and how being forced to by injury would be particularly hard to bear. My hiking partner, Sloth, generously carried my extra water and I hobbled for the next two miles to The Lookout. 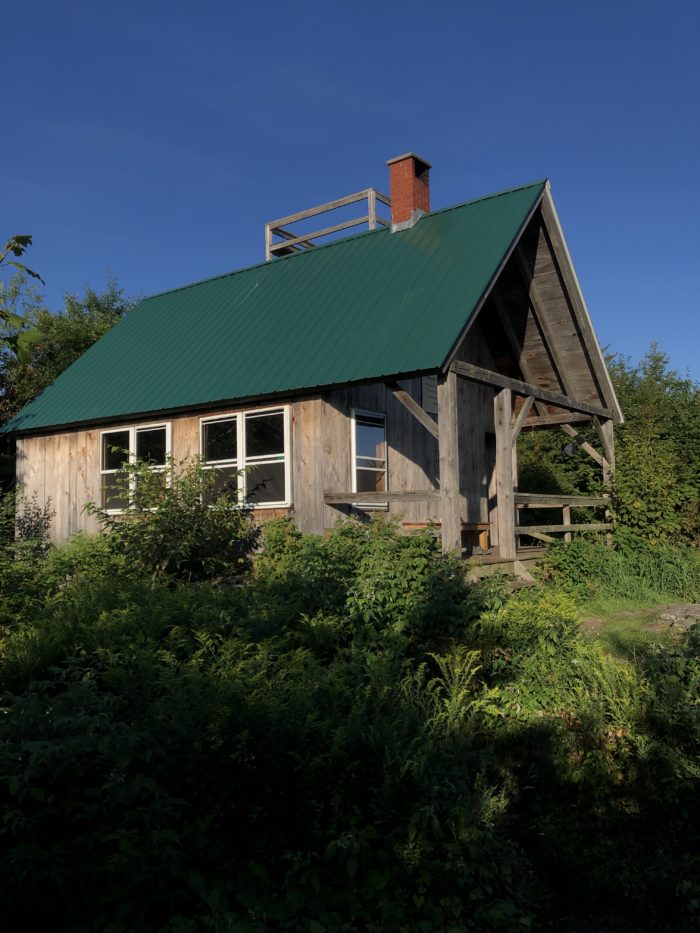 The Lookout was palatial compared to the lean-tos I had inhabited to this point. The cabin had four walls, a door, windows with insect screens, a porch, loft, working fireplace, and, most notably of all: a widow’s walk. This feature is most commonly seen around coastal areas like the Outer Banks in North Carolina or Cape Cod. The name of the viewing platform suggests that the spouses of fisherman would pace atop the deck in desperate hope that their beloveds would return after a storm. For us lucky thru-hikers, the widow’s walk accessible by a tall ship’s ladder offered an incredible panoramic view over the tree line.

At The Lookout, I caught up with Shower Beer and Ben, two SOBOs we had been leapfrogging during the day. Two NOBOs, Pluto and Mr. Wizard, arrived later. The group of us five would make up the one-night-only tramily that night. We shared stories as we watched the sun paint streaks of cotton candy pink as it set over the Green Mountains. In the middle of the night, Pluto whispered into the silent cabin that the sky had cleared and the Perseid meteor shower was visible. Putting on my puffy, I climbed the steep ladder up to the widow’s walk. Immediately I saw several shooting stars grazing the inky sky above the western horizon. I made my way back to my cozy sleeping bag and reflected upon how utterly special of a moment I was experiencing. 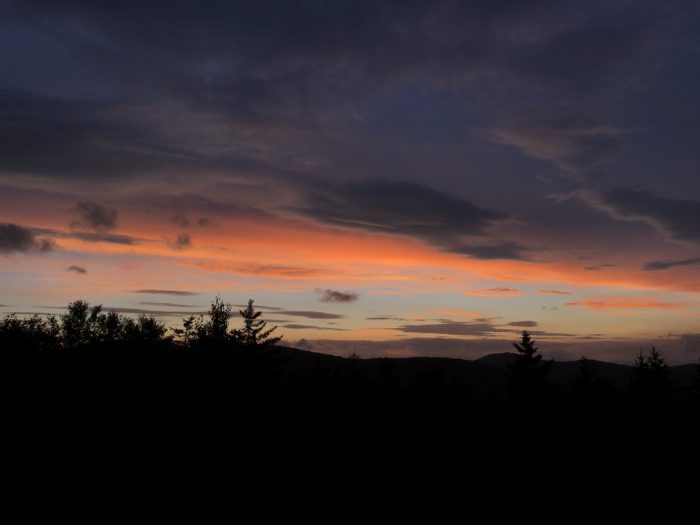 After a restful sleep, I woke to feel the ache on my foot. Rest is often the only cure for injury and the idea of taking a trail zero started to enter my mind. After taking my time having breakfast, I realized how fortunate I was to be at this particular shelter and made my decision to stay as Shower Beer and Ben left.

Trying not to work up a sweat from sweeping, I took a reading break sitting on the wrap-around bench on the widow’s walk. I heard sounds of hikers closing in and peered down to see fellow SOBOs Voyager and Checkpoint coming out from under the maples. We shot the breeze. After they left, I realized I had become the caretaker of The Lookout for the day. 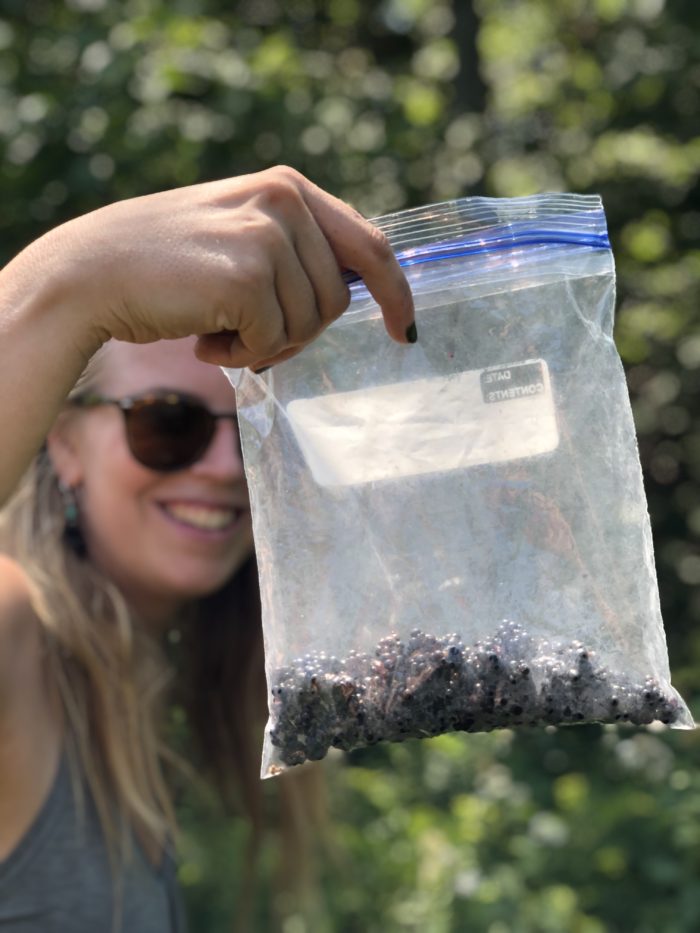 Over the course of the hot and humid day, many more hikers would stop by The Lookout and climb up to the widow’s walk to feel the breeze and get a break from the Green Tunnel. Eventually, that day’s one-night-only tramily would form. Racehorse (also a writer on The Trek!) and Red arrived before noon. As they rested in the shade of the porch, slowly both of them began to entertain the idea of ending their day here. The sun threatened to make today even hotter than yesterday and the three of us spoke of our excuses to not hike and take it easy. The three of us haunted the cabin, laying about and picking from the abundant blackberry bushes. As the day cooled, more hikers found their way to the cabin, likely lured by the inviting description on Guthook. The now large group took turns watching another stunning show from the setting sun.

When the day began I had imagined I would be bored and struggle to find activities to pass the time. It turns out, taking a trail zero means you get to rest while meeting all the hikers who happen to pass by. I have learned that on the AT, you will always be surprised by how the day will end. Taking a trail zero is no exception and hiking 0 miles felt as much an adventure as hiking 20.

The next morning, I packed my sleep setup early in the morning, ate my cold-soaked instant oatmeal, brushed my teeth, and readied the rest of my gear. I quickly swept the porch and had a last look at my home for the last 36 hours. I said my goodbyes to those still around and off I went, feeling incredibly rested and with no more ache in my foot. Here I come Rutland!

Read More:36 Hours at The Lookout – The Trek