Today was the day I had been day-dreaming about for years. Mt Katahdin was calling, and it was time to finish this thing off. My dad and I drove back to Abol Bridge where we began our 10 mile hike through Baxter State Park, accompanied by Jackrabbit. The hiking through Baxter State Park was easy and scenic; most of the miles felt like a casual nature walk featuring completely flat and smooth trail. It was a bit overcast today, not the perfect weather day, but it certainly could have been worse.

We quickly made our way through pine and birch forests, alongside massive brooks and streams, and past several waterfalls. Before we knew it, we arrived at Katahdin Stream Campground, at the base of the mystical Mt Katahdin. One final climb was the only thing that stood in the way between me and the Northern terminus. Mt Katahdin isn’t your typical climb, however. The summit sign surely has to be earned; as hikers must ascend over 4,000 feet over a span of 5 miles. I bid farewell to my dad with a “see ya on the other side” and began the final ascent.

The trail going up Katahdin is absolutely beautiful, no surprise there. Spruce and pine trees dominate the landscape, and the AT passes the scenic Katahdin Stream Falls about a mile in. The climb up Katahdin can essentially be broken down into four stages; gradual, steep, technical, and rock climbing. The climb started off very similar to any other climb in Southern Maine, before breaking tree line at 3,500 feet.

This is where the real work begins. The trail disappears and all that remains are piles of large car-sized boulders, and the white blazes only act as a guide to show that you’re headed in the right direction. Immediately upon breaking treeline, I passed a day hiker descending the mountain, who told me:

”This is the sketchiest thing I’ve ever done. You can get severely f***ed up if you’re not careful.” It seemed like he was trying to deter me from attempting this ascent.

Turning around and quitting wasn’t exactly an option for me. I put my poles away and began climbing; grabbing on to rebars built into the rocks to pull myself upwards. Despite the sun shining at 1,000 feet, Katahdin was completely socked in, so no views would be had on this climb. The rock climbing was pretty intense, but very fun for me, as I soaked in every moment of this climb, not even thinking about the summit sign that lies just ahead.

At 4,500 feet, the trail reaches “The Gateway”, where the trail flattens out, with the next 1.5 miles to the summit being a celebratory cakewalk. I couldn’t see much through the thick layer of fog, and closely followed the rock cairns that guided me closer to the summit. I was loving it up here; day hikers maybe not so much. One group descending past me were talking about how “today wasn’t the day”. Little did they know, today was in fact the day. The day to obtain hiking glory, and to cap off a life-long dream.

Without realizing I was very close to the top, the summit sign came into view. Heart pumping, I scurried up to the sign and placed both hands on the sign that signified not only the summit of this epic mountain, but the end of my journey. It’s hard to put in words the exact feelings that I felt when I first touched that sign; it felt almost like I was in a dream.

I thought reaching the end might have been a bittersweet feeling, but to be honest, I felt nothing but pure happiness and excitement. I had accomplished something I had been dreaming of almost all my life, and I am yet to experience a feeling better than accomplishing something that I had worked soo hard for. There would be time to have those bittersweet feelings, but for now, I was feeling on top of the world, ready for the celebrations to begin.

I stood on the large, wooden sign, let out a loud “let’s goooo” and was greeted to an applause from day hikers who were happy to witness this special moment. Jackrabbit and I hung out on the summit, soaking in this moment as much as we could while devouring pretzel rods, before making our way down the mountain, as official thru-hikers of the Appalachian Trail.

Well, that’s a wrap for this blog series. I want to extend a massive THANK YOU to everyone who has been following along with my hike, and given their words of support and encouragement. One of my goals for writing these blogs was to inspire others to follow their AT dreams, and if there is one person who decides to hike this trail from reading my blogs, that really means a lot to me. If you’re reading this right now and feel drawn to hiking this trail, do it! Hiking the AT is hard, like really hard, but if you feel that strong pull from the white blazes, much like I had for years, you absolutely should go for it, and give it your all. Mt Katahdin and Springer Mountain will always be there waiting for you. 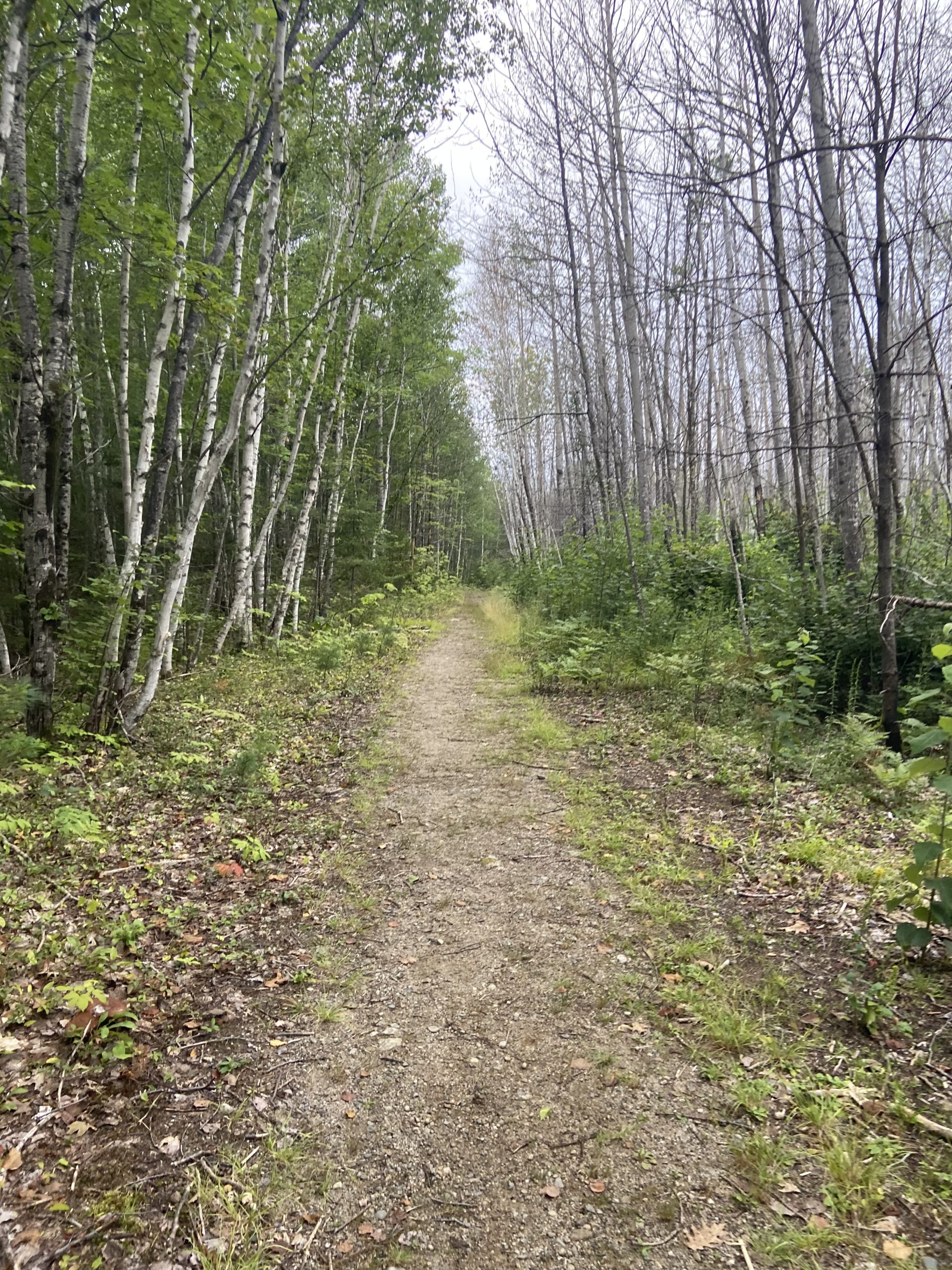 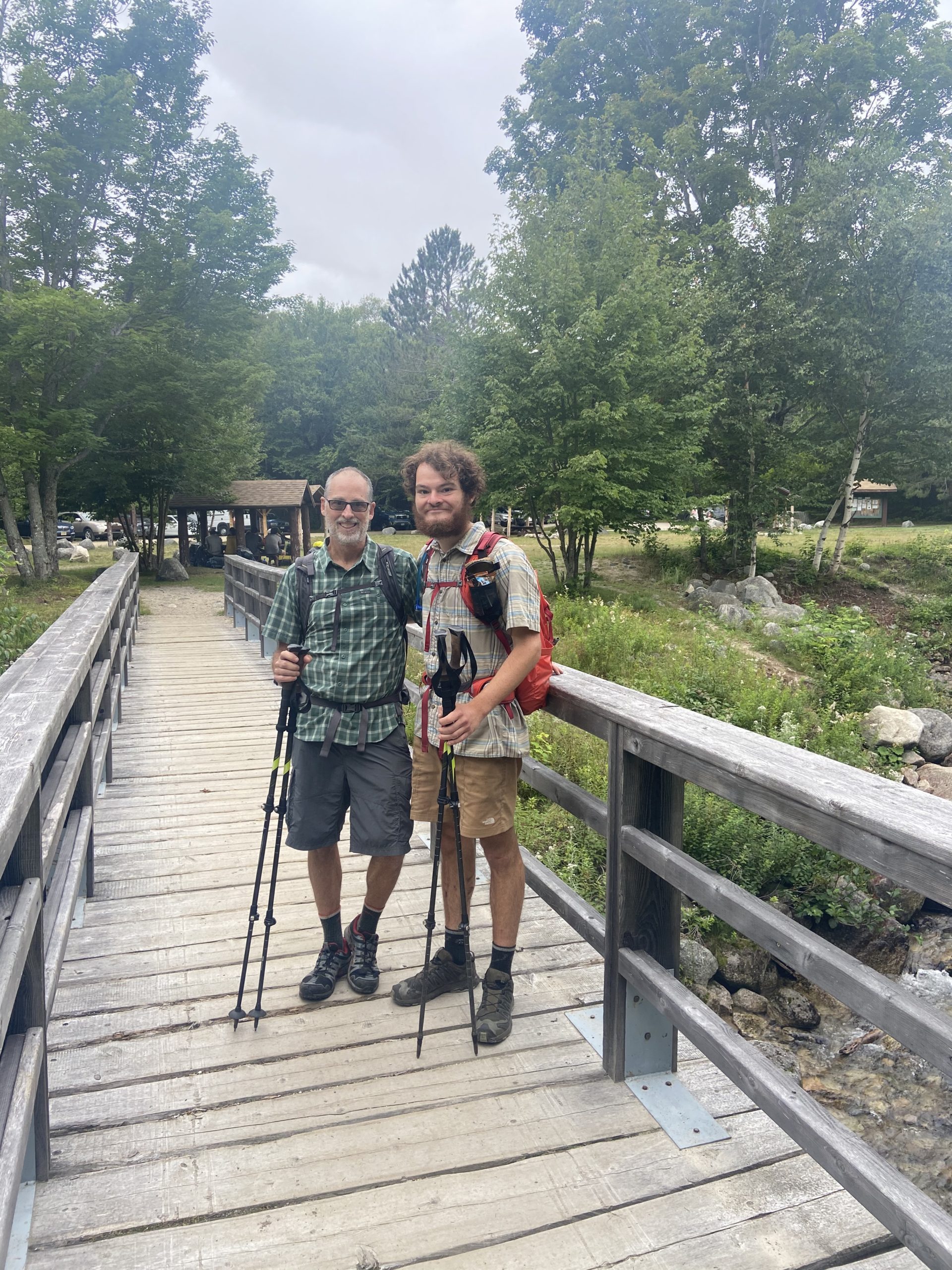 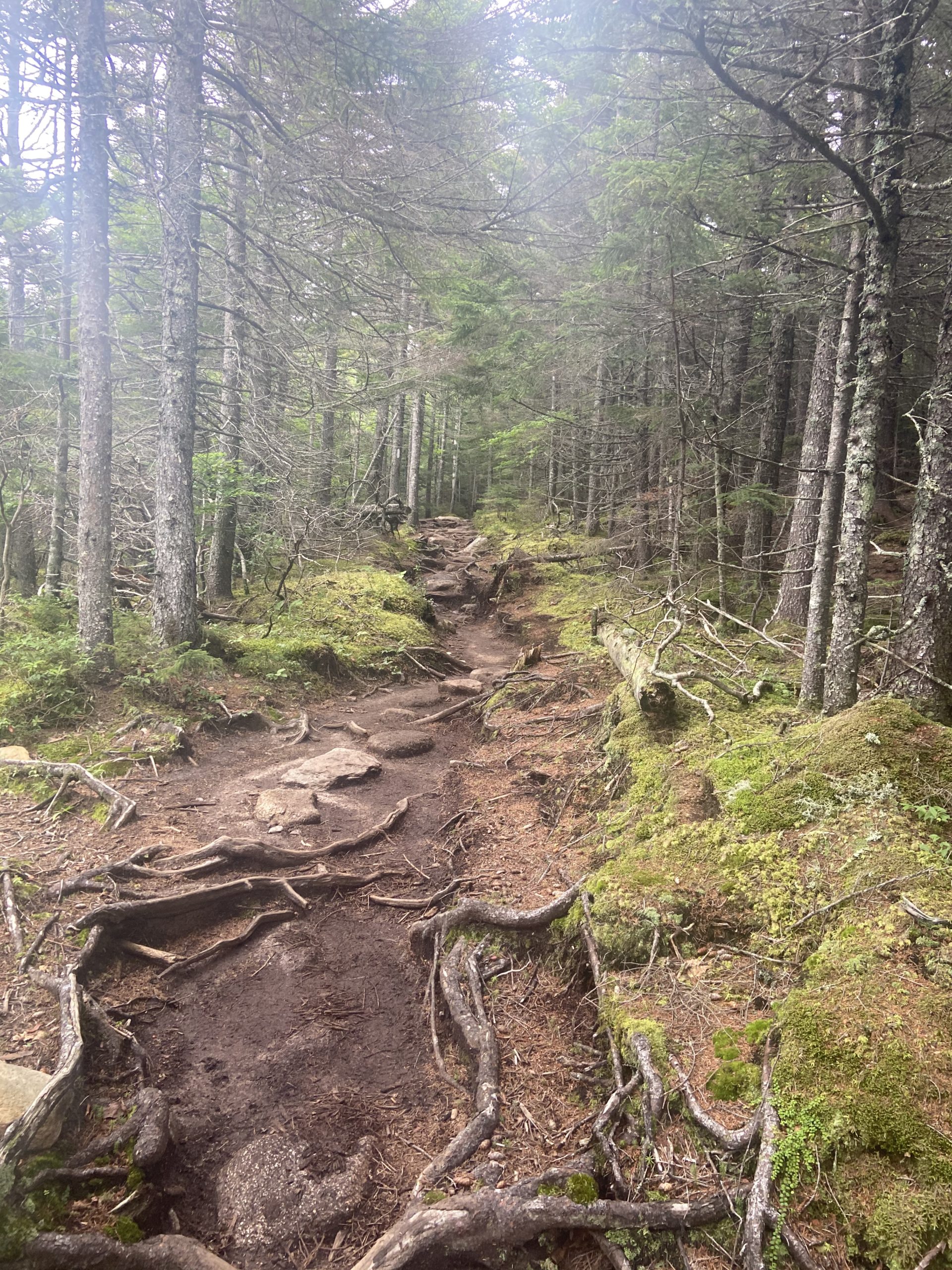 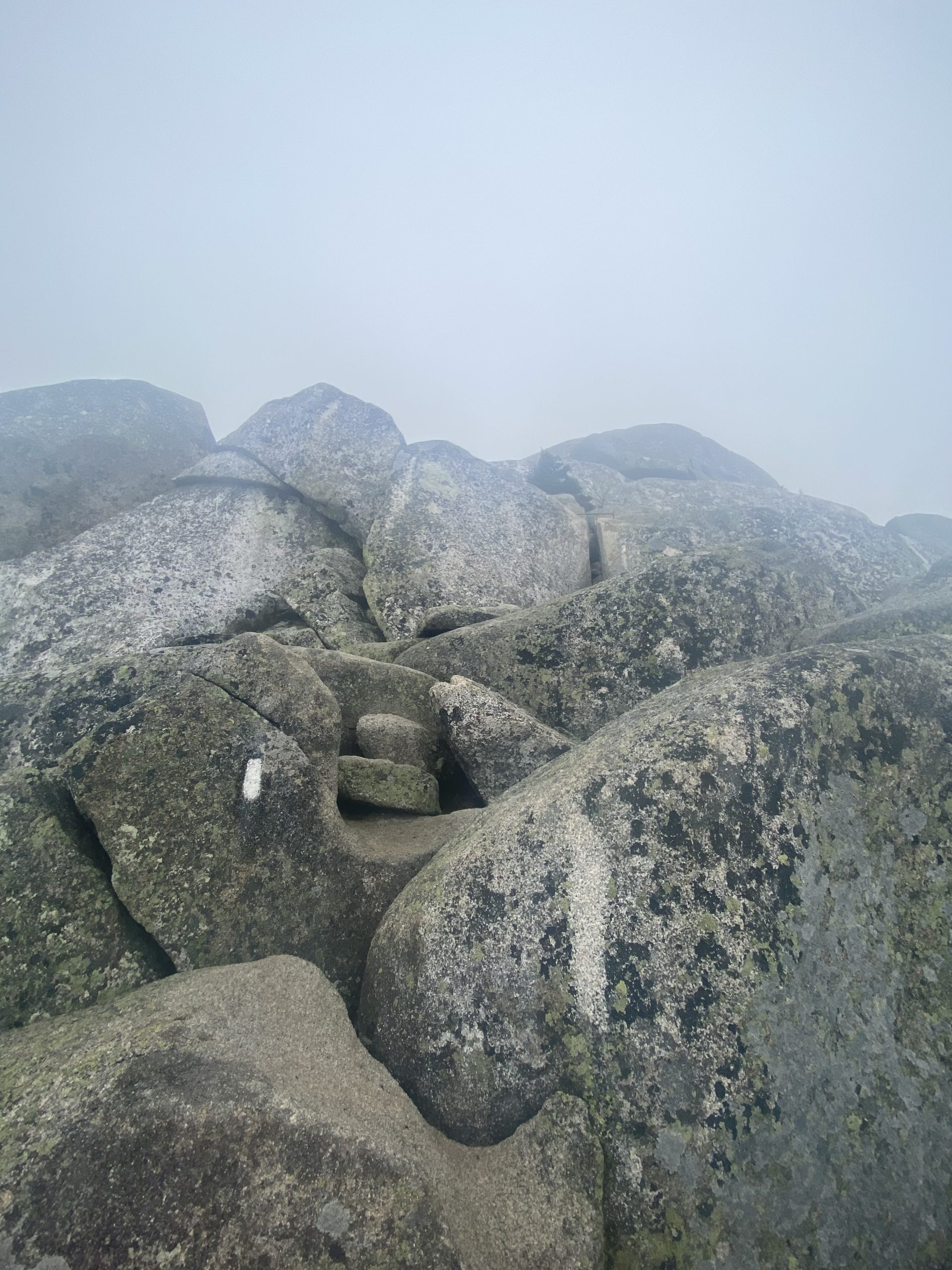 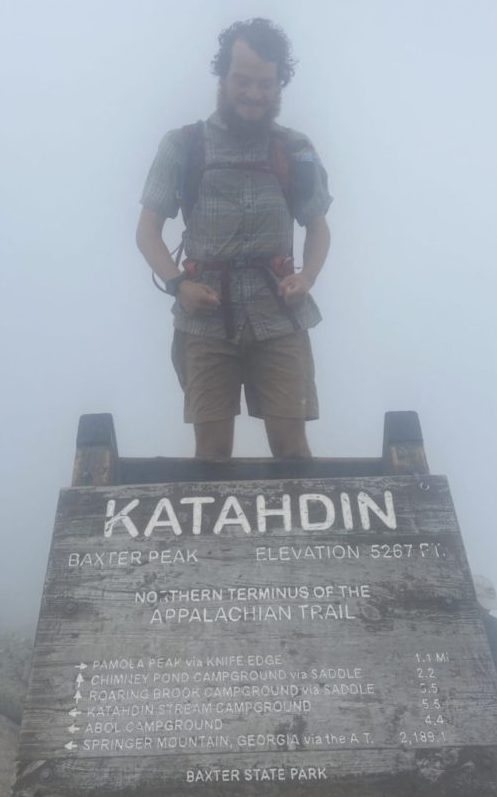 Read More:Climbing Mt Katahdin, the Finale; AT Day 134 – The Trek