In New Jersey, a trip down the shore and a hike along the Appalachian Trail can happen on the same day. Pizza is better here than anywhere else in the country, music venues are legendary, downtowns are made for strolling and historic sites and museums are in no short supply. Forget the What Exit jokes … we love the Garden State.

So, for those residents — out-of-staters, too — who are ready to make plans after more than a year of being cooped up, we have some ideas for those who would rather grab their car keys or a mass transit ticket than book a flight.

Consider this an insider’s guide to the state, broken down by counties. It’s not an all-encompassing list, and it’s not meant to be. It’s a jumping-off point and then go do some exploring and let your curiosity — and some help from locals — be your guide.

The latest part of our series takes a look at Cape May County. 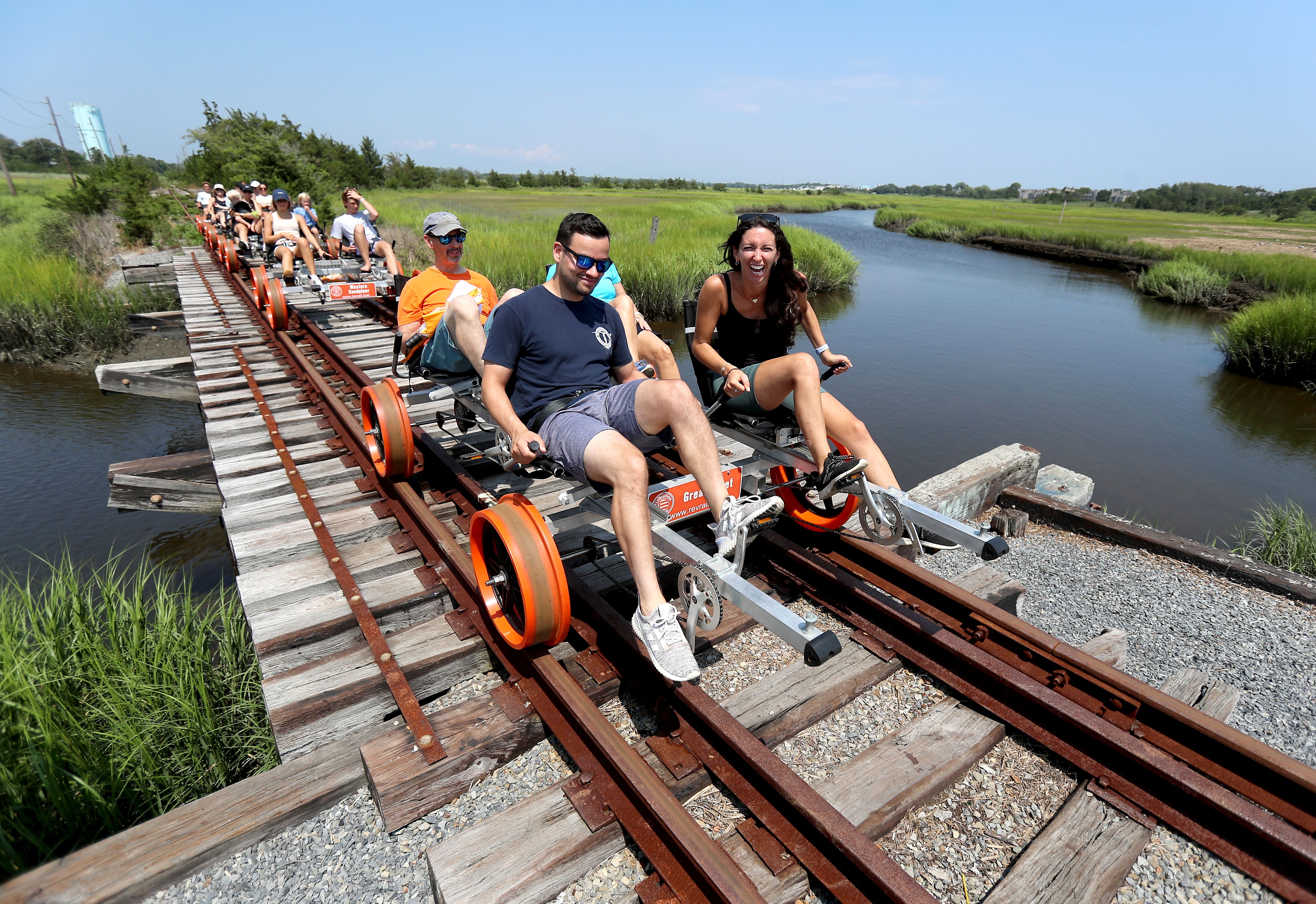 Railbikers make the trip back to the Cape May Station during the four-mile round trip ride from the center of Cape May to the Cape May Canal.  Tim Hawk | NJ Advance Media for NJ.com

If you’ve never heard of railbiking, or, if you have but didn’t know you could enjoy the activity in the Garden State, keep reading. Revolution Rail Company (609 Lafayette St., Cape May | 888.738.9123), which has runs in New York and Colorado, has one in New Jersey, too.

Railbiking allows participants to ride railroad tracks under their own power and explore the outdoors in a “brand new way.”

The Cape May run takes riders from the heart of Cape May for a 4-mile “out-and-back trip alongside the Garrett Family Preserve.”

Riders pedal through the “expansive native wildflower meadows and flora” and have opportunity to see migrating songbirds, raptors and pollinators like bumblebees and monarch butterflies. 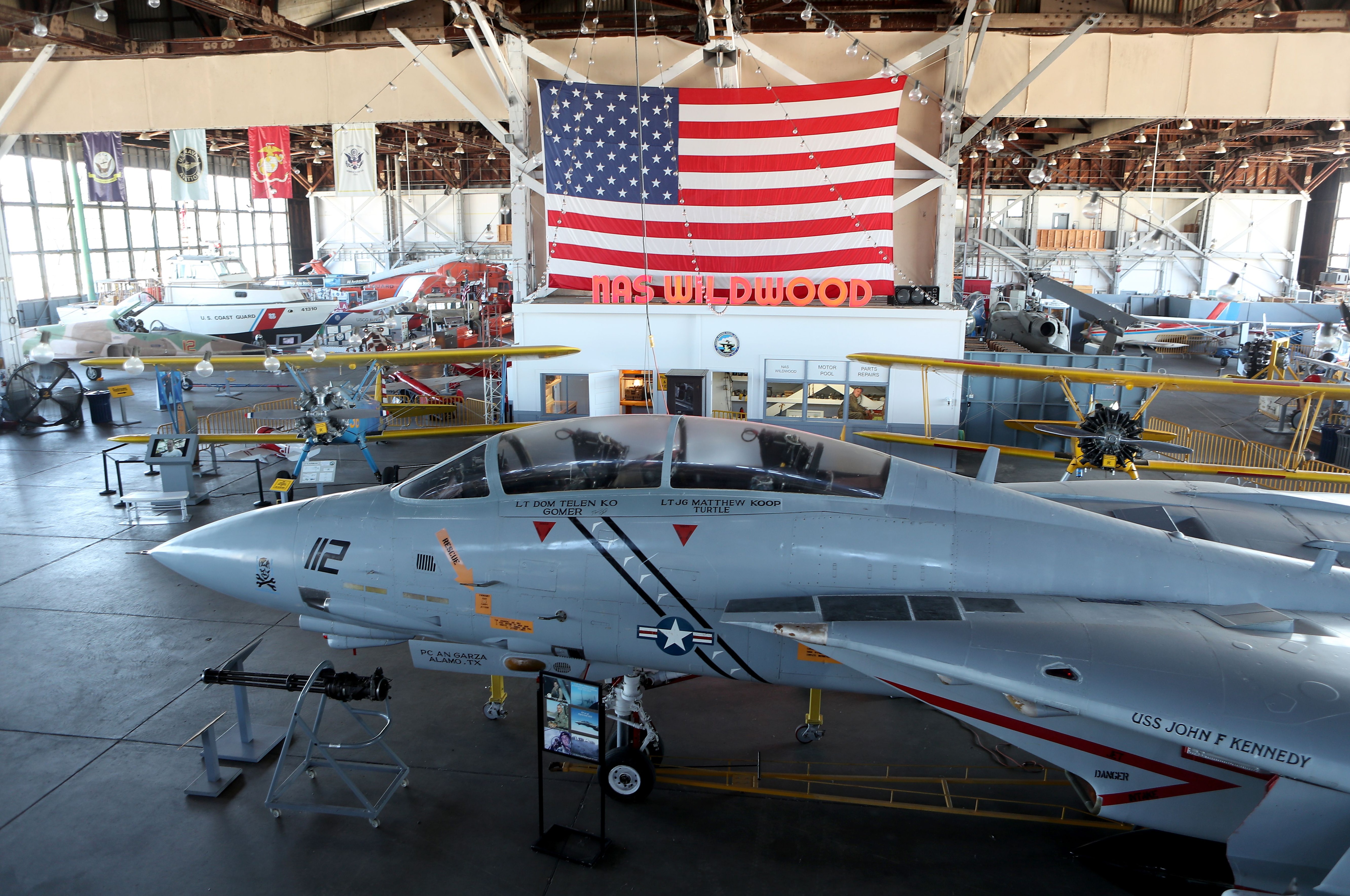 Inside the Naval Air Station Wildwood Aviation Museum at the Cape May Airport in Lower Township, Cape May County. Tim Hawk | NJ Advance Media for NJ.com 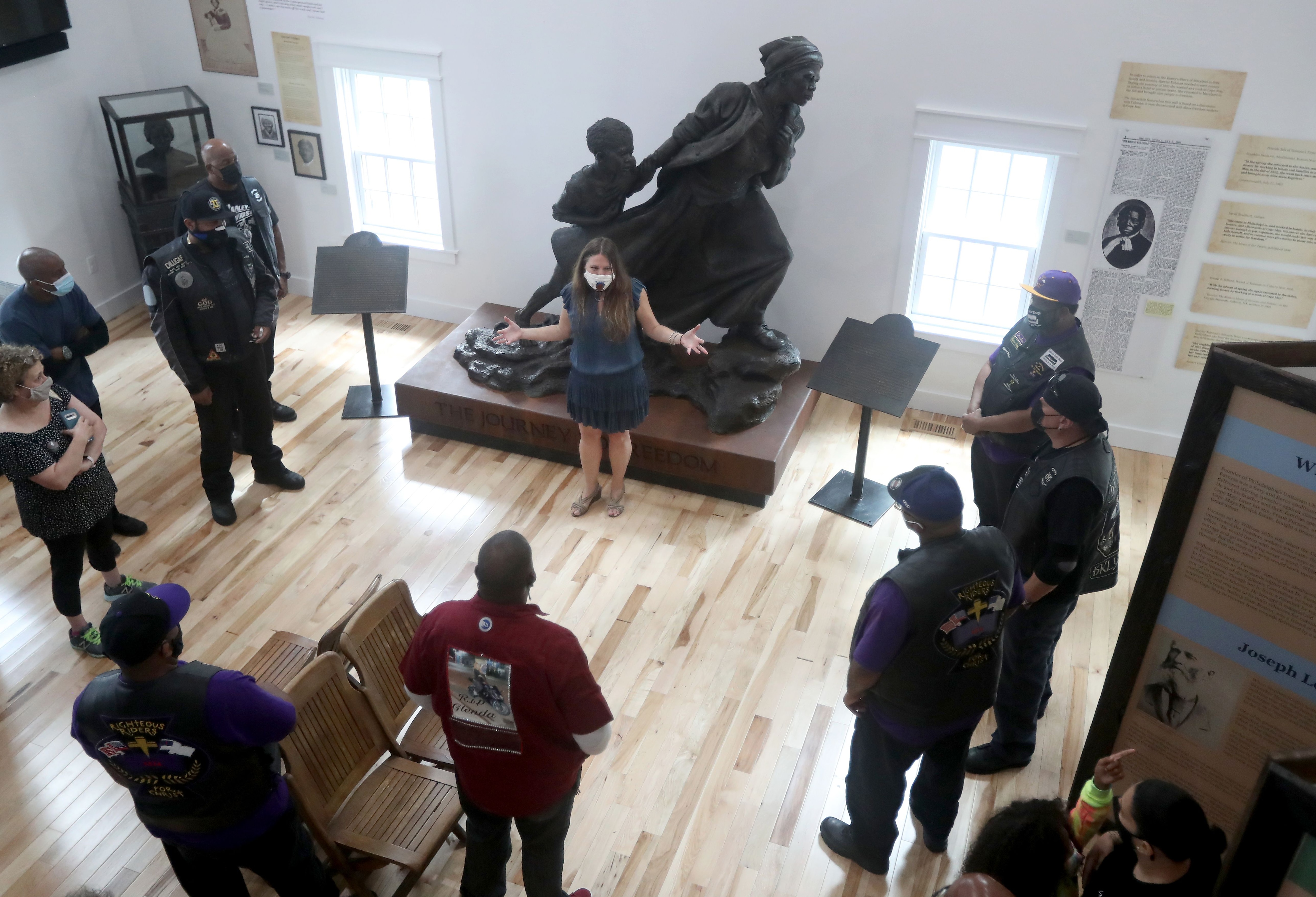 In the early 1850s, Harriet Tubman lived in Cape May working as a cook to fund her missions to guide enslaved people to freedom. The Harriet Tubman Museum (632 Lafayette St., Cape May) functions to “share the inspiring story of this American hero, the rich history of abolitionist activism, and the enduring legacy of the African American community in Cape May County.” 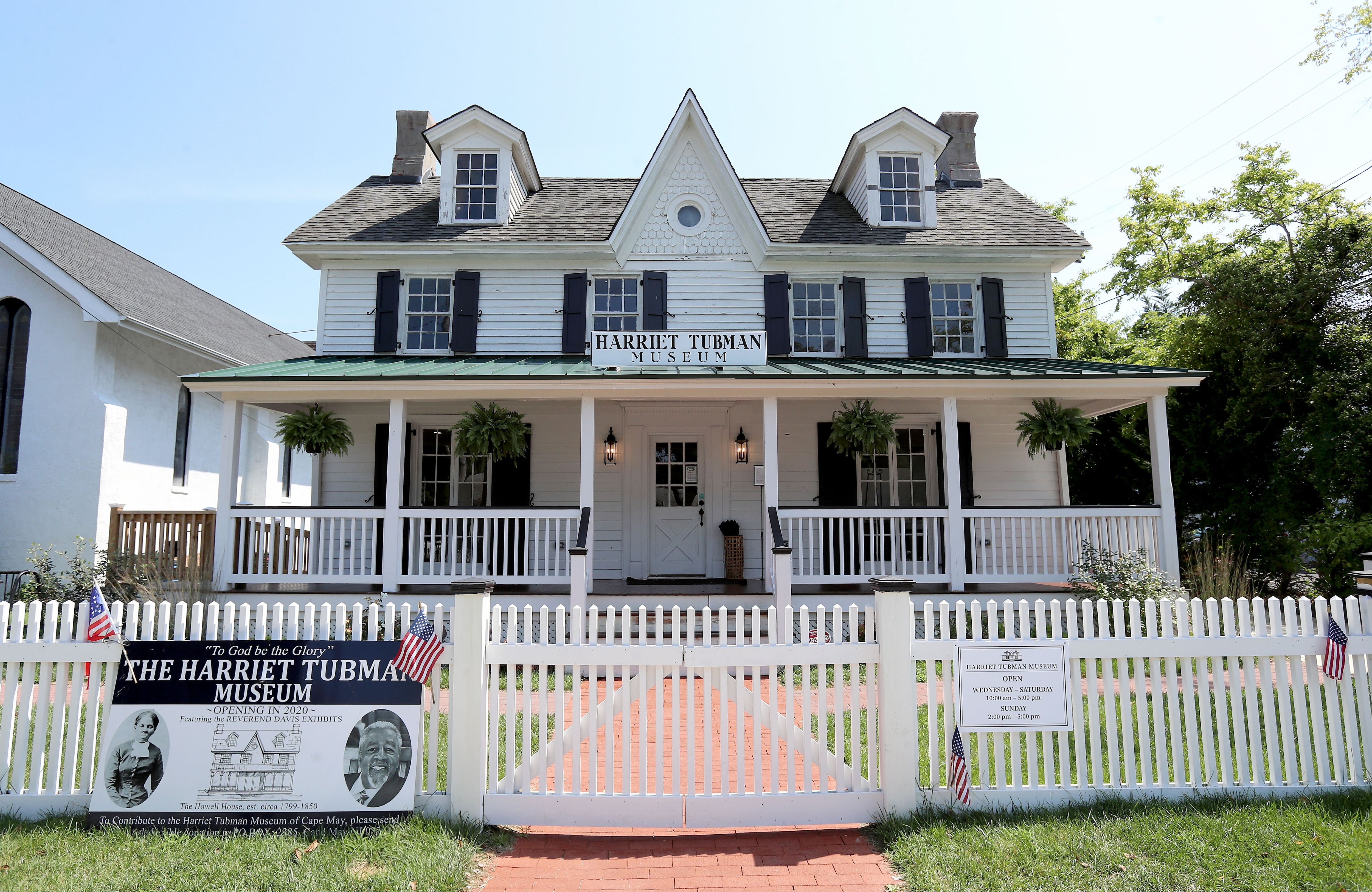 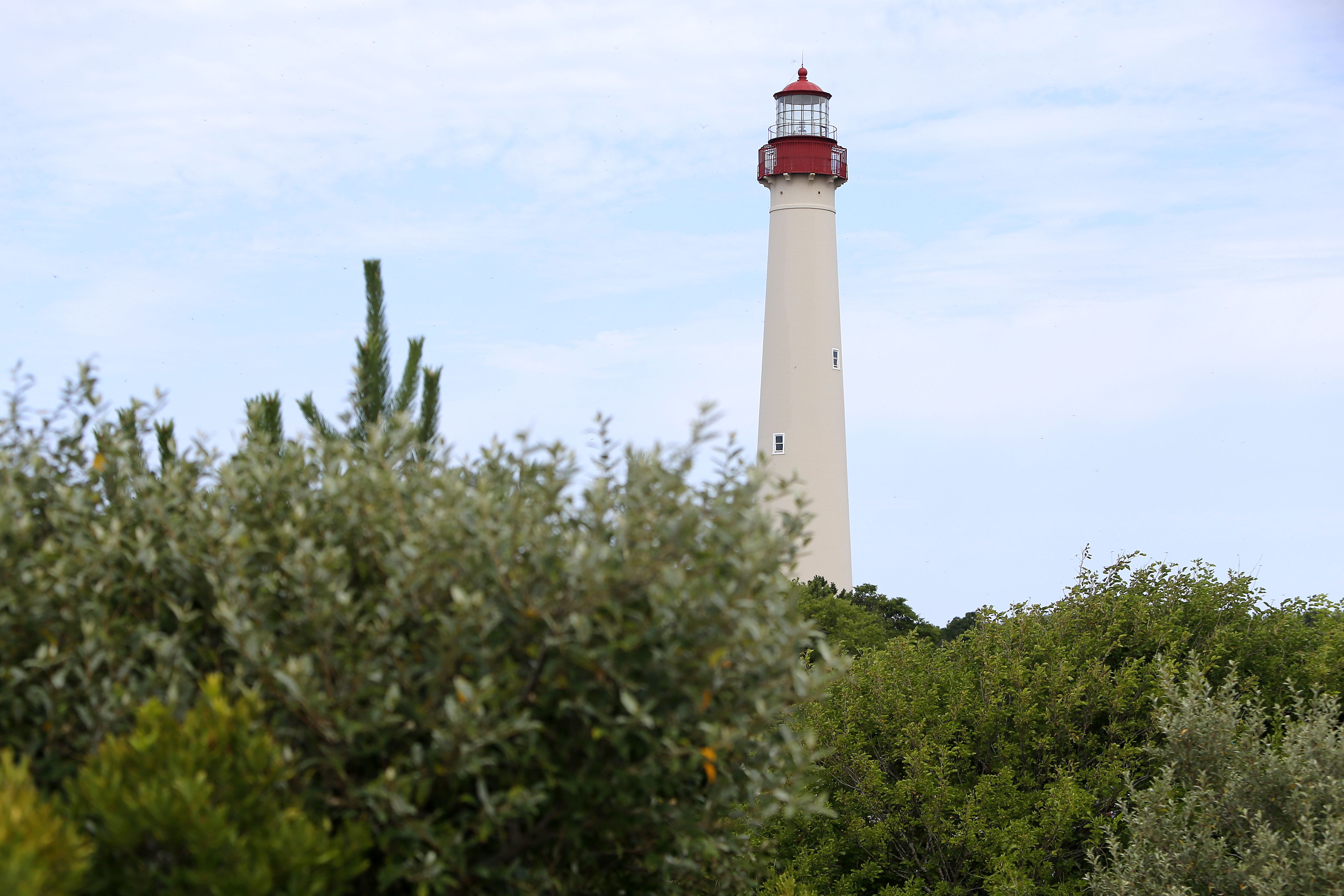 Cape May Point State Park (303 County Hwy. 629, Cape May 609.884.2159) is 244 acres of freshwater meadows, ponds, forests, dunes and beach. According to the state, the park is “one of the most popular sites
for bird watching in North America and a natural route for migratory birds.”

Located in the park is the Cape May Lighthouse at 215 Lighthouse Ave. The 157-foot structure built in 1859 is still in operation as a navigational aid. Open to visitors daily from 10 a.m. to 5 p.m., those who climb the 199 steps of the cast iron spiral staircase to the top of the lighthouse have the privilege of seeing breathtaking views of the Delaware Bay, Atlantic Ocean, surrounding nature trails, and Cape May Point Borough. Interpretive panels at the lighthouse tell stories of keepers, the surrounding area and how the lighthouse has functioned. 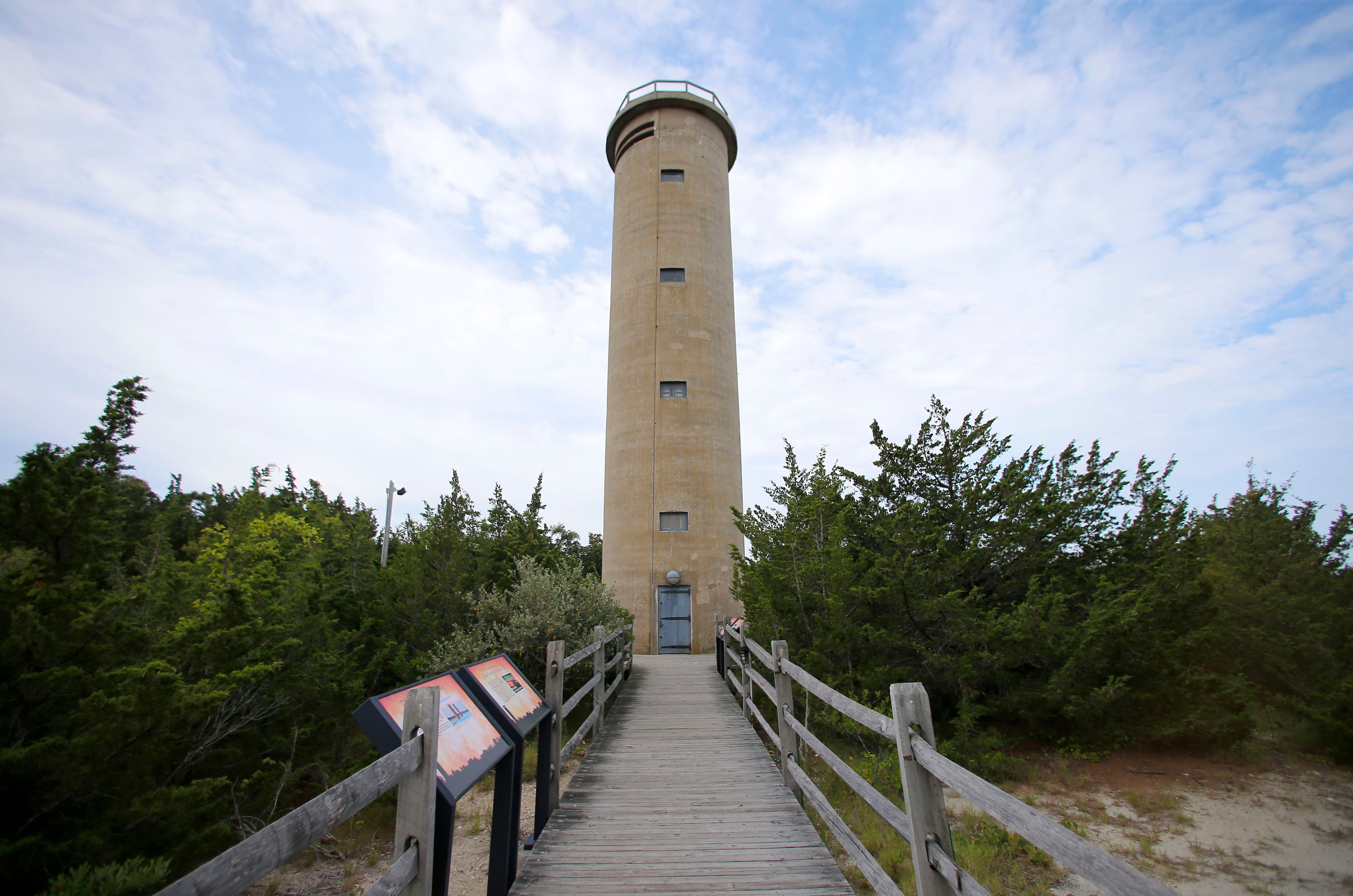 Built in 1942, the World War II Lookout Tower (536 Sunset Blvd., Lower Township | 609.884.5404) – which is listed on the National Register of Historic Places – was used as observation post to detect enemy vessels. Inside the structure, a staircase takes visitors to the sixth-floor spotting gallery where “observers” are on hand to answer questions.

The tower also includes a Wall of Honor that pays tribute to local residents who served during World War II; more than160 veterans’ photos are on display. Changing exhibits highlight varying topics of history related to the tower. An eternal flame on the boardwalk offers opportunity for quiet contemplation. Executive Chef and owner Mia Chiarella opened Primal (406 Beach Ave., Cape May | 609.408.1933), a wood-fired grill, in June of this year. She brings major metropolitan Center City steaks to the Shore in addition to the highest quality seafood. Try the 20-ounce dry-aged ribeye or scallops. Arguably the southern most restaurant in New Jersey, Primal is located on the oceanside of the Cape May Promenade where guests can dine with a view of the beaches and ocean with that edgy Center City feel. 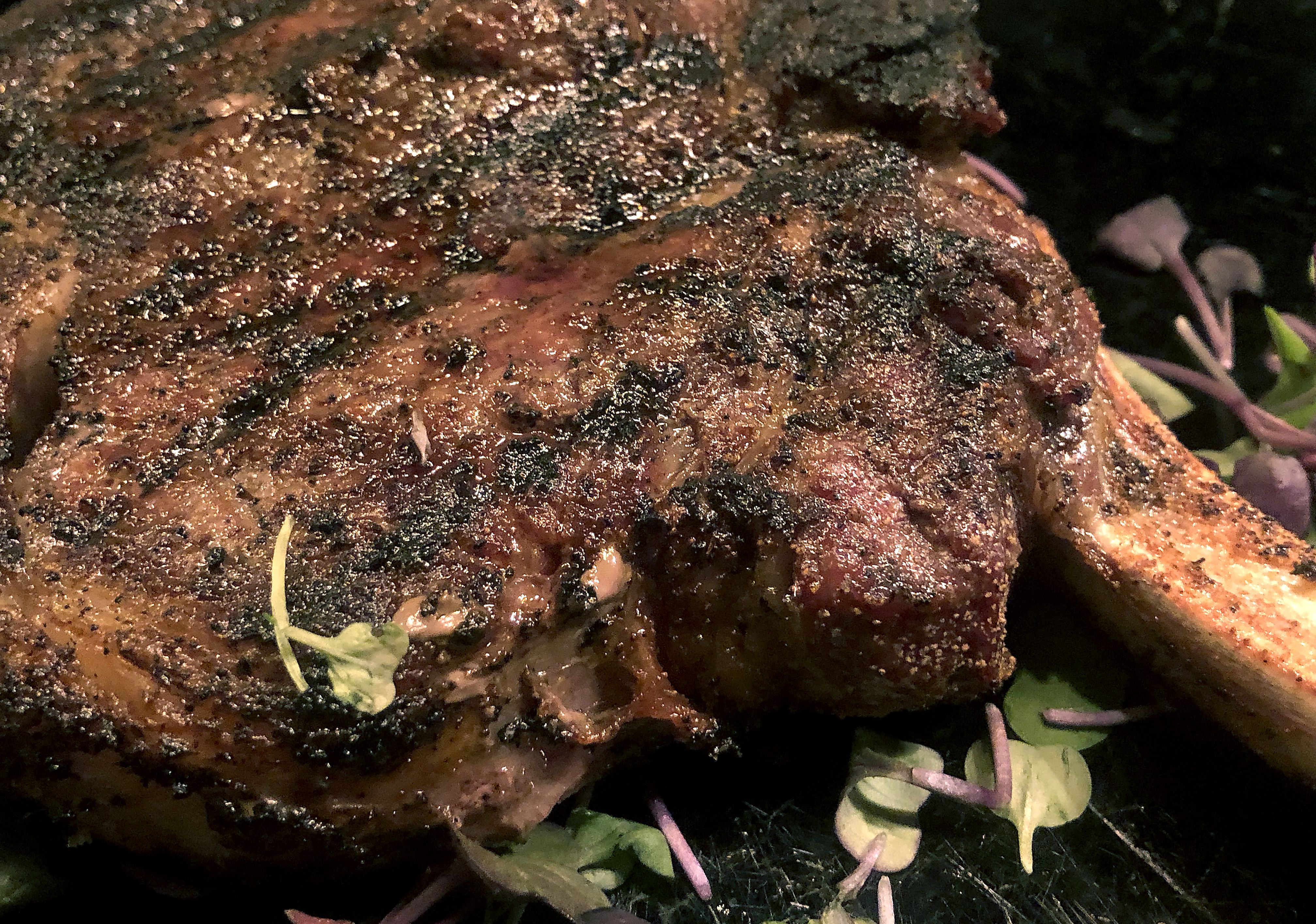 Dry-Aged Bone In Ribeye at Primal in Cape May. 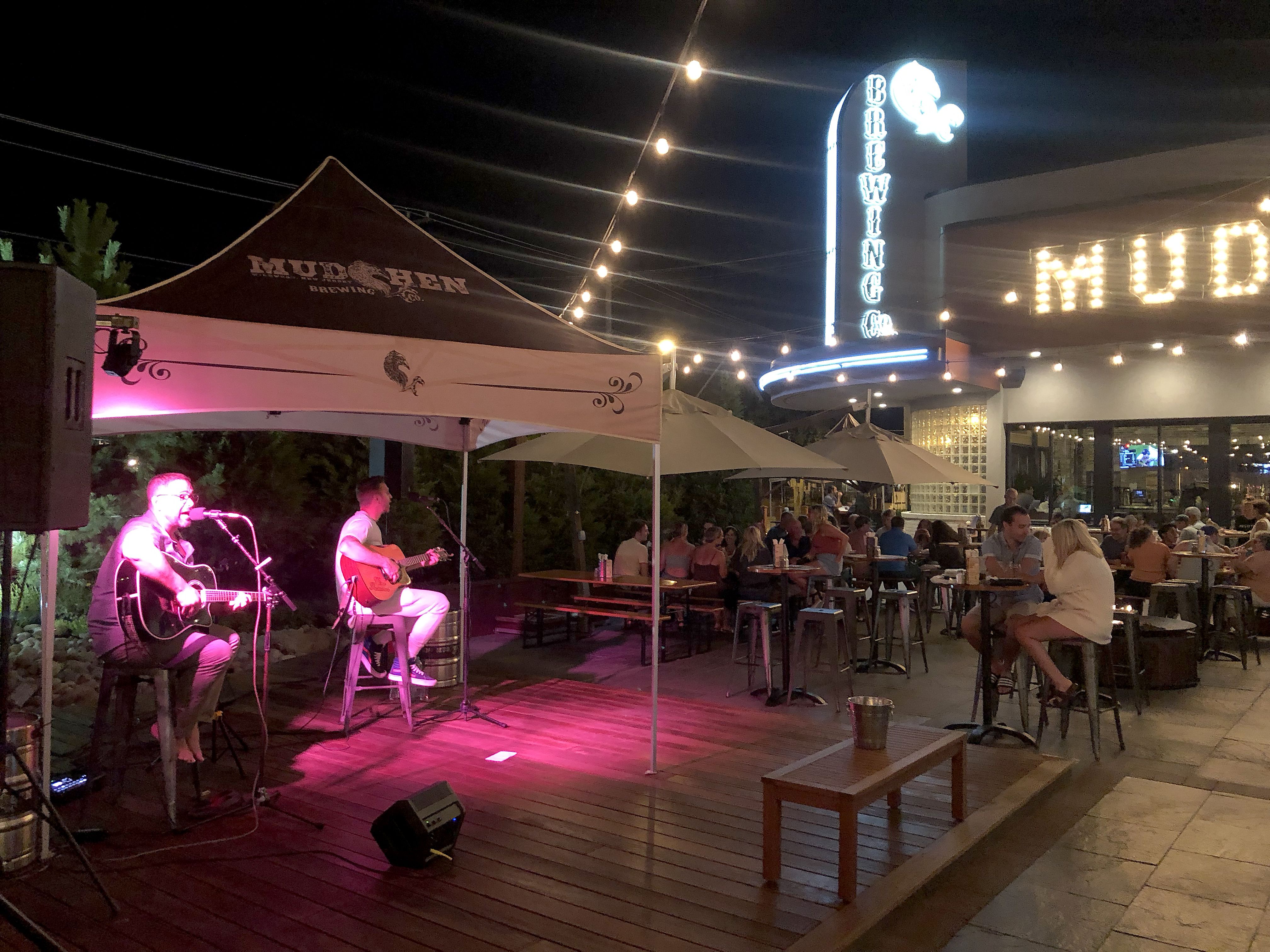 Founded in April 2018, MudHen Brewing Co. (127 West Rio Grande Ave., Wildwood | 609.846.7918) occupies the site of a former Harley-Davidson dealership, features a full bar and restaurant menu. On tap are about a dozen rotating craft beers that are brewed on-premises. The space features a dining room with large windows where guests can peek into the brewery located behind the taps. Upstairs, there is a lounge with couches, a fireplace and cabaret-style seating.

A garage area with rollaway doors leads to an outdoor seating area, equipped with a bar, fire pits and covered patio sections. 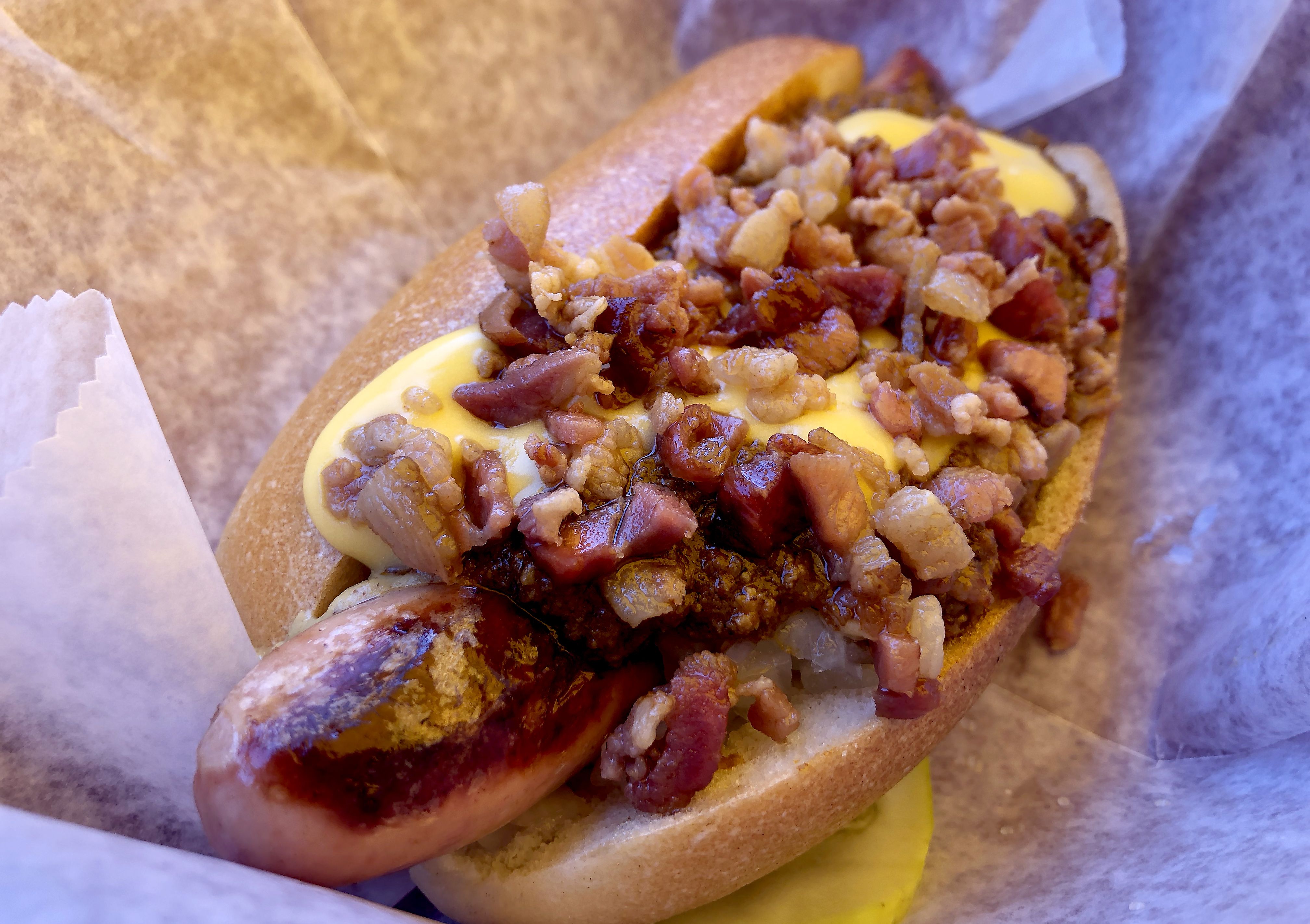 As per nj.com’s Pete Genovese, “Maui’s Dog House in North Wildwood offers a head-spinning variety of dogs (try the Horsey dog, with ground horseradish and spicy mustard) and toppings. The place gets so busy it advises reservations on summer weekends. It’s a fun, open-air hangout. One must-try: the salty balls, small potatoes cooked in brine and spices. Bet you can’t eat just one.”

Yup, there is an ice cream shop for dogs!

Salty Paws Doggie Ice Cream Treats (276 96th St., Stone Harbor | 610.299.1584) says it is “the first doggie ice cream shop in the country.” According to the website, “Some may say it’s a dog restaurant so pet friendly that our customers can actually sit at tables while enjoying their treats.” Pet owners can “kick back” and watch their dogs enjoy cones, waffle bowls or dishes full of dog friendly ice cream (toppings are available, of course).

Salty Paws’ ice cream flavors include maple bacon, vanilla, pumpkin, blueberry and peanut butter. But that’s not all. There are bakery selections for canines including doggie doughnuts, cookies and cake mix. 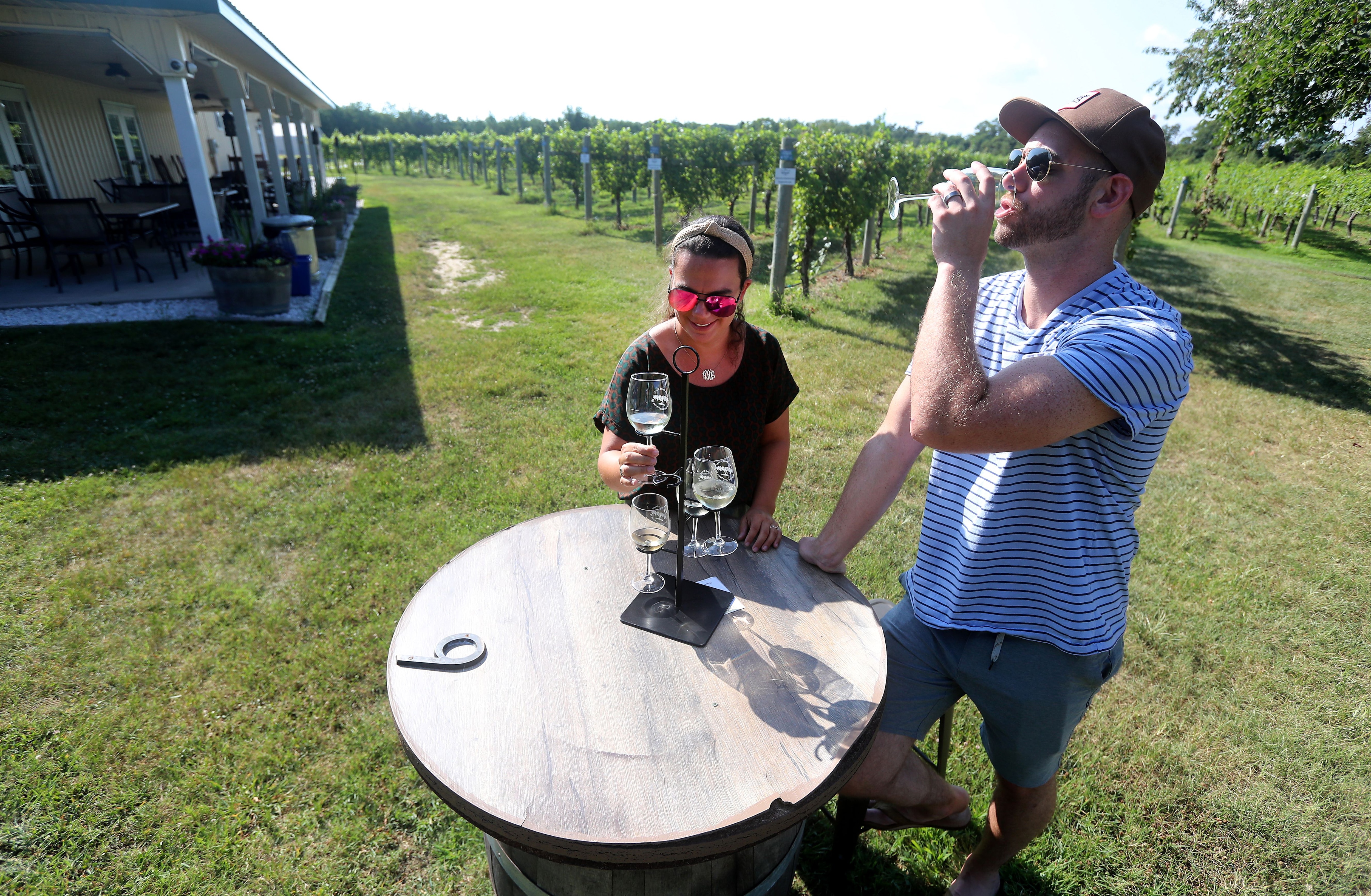 The mission at Jessie Creek Winery (1 Route 47 North, Cape May Court House | 609.536.2023) is to provide its visitors with “the best wines, in small batches … for a unique boutique experience.” But here, there is much more than wine.

What began as a winery and vineyard has been expanded to include a local art gallery where local artisans showcase their works. There is also an inn on the property. The Inn at Jessie Creek is a…

Read More:Things to do in Cape May County