Colorado Trail: Into the San Juans!

I was poised at the edge of sleep but awake enough to discern the songs of winged insects when another sound came into my consciousness.  The rasp of labored breathing, at first barely audible, gave way to the ragged gasps of respiratory distress. My senses sharpened, eyes snapping open, and I realized the noise was Matt struggling to draw breath as he lay beside me.

“Hey,” I put a hand tentatively on his chest and felt his heart hammering against my palm, “Are you awake? Are you okay?”

He didn’t respond but I could see that his eyes were open, unfocused and staring blankly ahead. He continued to pull uneven breaths with an unsettling and increasing rapidity. As though he couldn’t get enough oxygen.

“Matt, please say something. Talk to me.”

He didn’t respond but realization washed over me as I hovered anxiously beside him in the cramped space of my tiny tent. Matt was having a panic attack.

I brought my face close to his ear, close enough that my lips nearly grazed him when I murmured my reassurances.

“Hey, you’re not alone.” My hand held his which was clammy and uncharacteristically cold compared to my own. “It’s okay. You’re okay. This will pass. Try to slow your breathing. Deep breaths. Shhh, shhh…”

We stayed that way for such a long time. Me, trying to say anything that might calm him. Him, mute and full of terror. I wondered what had happened to set him off. Waited for him to sob or speak, but neither happened. He just lay rigid and panting, perhaps unaware that I was even beside him. Until, gradually, his breaths became deeper and more rhythmic. Slowly the sound of the trickling stream which ran through our camp overtook the sound of Matt’s panicked gasps until all that either of us could hear was the rustle of water and the flicker of Aspen leaves.

“Um,” An hour later Matt broke the silence stretching out between us, “I’m sorry…about that.”

Under different circumstances, I might have laughed. But, at that moment, he seemed fragile in contrast to his usual demeanor of steadiness and tranquility.

My fingers brushed back the blonde curls at the crown of his head, “It’s alright. You don’t need to apologize. Are you okay though?”

“Yeah, I just…I don’t know why that happened.”

I was grateful for the shroud of darkness which obscured our faces from one another. I felt a stabbing sensation in my gut. The memory of my own panic attacks, triggered without warning and all the more terrifying because of their elusive origins and unpredictability.

“Sometimes, when I’m about to fall asleep, this happens. It’s like, when I’m no longer conscious, I lose my handle on my anxiety and it overwhelms me.”

“Matt, what are you feeling anxious about?”

Silence descended and remained unbroken for so long, I thought maybe he’d fallen asleep. But then came the softest and most surprising whisper. His fascinating inflection, a mixture of surf slang and Carolina drawl, saying something I promised I wouldn’t repeat.

The following morning my legs were stiff and heavy, despite having hardly any remaining food to weigh down my pack. We had camped above 11,000ft and I noticed the lack of oxygen in my limbs more than in my lungs. Depleted, I hiked toward San Luis pass, a saddle which provided access to San Luis Peak (14,022ft), and an entry point into the San Juan mountains. The scenery was breathtaking but it was challenging to appreciate the dramatic vistas while I literally could not catch my breath. Whenever I would make the mistake of raising my head in search of the switchbacks ascending the pass, little black dots would dance through my vision. The switchbacks themselves were deceptive and difficult to discern, continually disappearing behind thickets of vegetation.

When I reached the crest of the pass, where the apex of San Luis towered above, I admired the damp shadows of vaporous clouds which siphoned through the saddle like ghosts crossing to another world. The view of the valley from which I had ascended was walled off by a vast alabaster sheet, shrouding the miles of earth I had covered over the course of days.

Matt and I reconnected at the summit of the climb so that we could keep each other company through the onslaught of intermittent rain. We rushed to reach the road where we might hitch into Lake City. It seemed unlikely that we would make it, and every hiker we encountered thought to tell us so, but we were motivated by the prospect of a hot shower and a chance to dry out our perpetually damp gear. 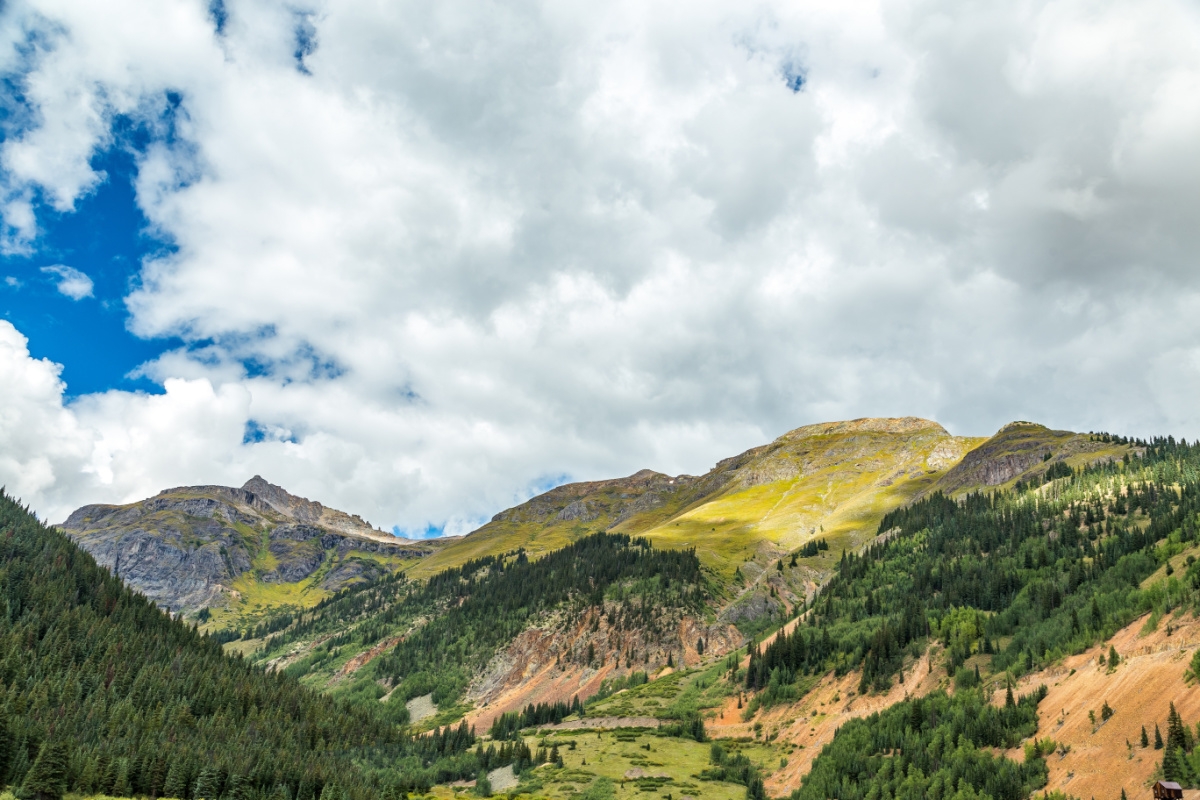 Upon entering the San Juans, I began to notice the peculiar scarlett sediment, absence of big timber, and distinctive geological formations like Snow Mesa. Thunder and rain threatened and followed closely behind us. I strained to absorb the surreal landscape, that sky-high mesa which gave the illusion that the rest of the world had fallen away, but my hands and arms had lost feeling and never regained it. When we finally reached the road, I felt giddy with relief but my hands had become senseless, clumsy cubes of ice. Matt had to zip my jacket, feed me goldfish, and remind me that my one-sock-mitten strategy wasn’t much of a strategy at all.

The waning hour of twilight appeared even darker than usual in the raining mist. It occurred to me, after twenty minutes passed without sighting a single car, that despite reaching the road we may not reach town that night. I had moved through the “discomfort” phase of cold and on to the phase of pain and panic. Trucks would pass by–splashing us as they did so–without slowing or even turning their heads in our direction. It’s okay! Someone will stop. Someone always stops. But after the next car whizzed by, I screamed desperately into its wake.

A silver sedan, headed away from town, whirled past and then slammed its brakes. The driver put the car in reverse and maneuvered backward to meet us on the side of the road. His name was Daniel and he was a peak bagger chasing 14ers while on holiday from his job as an aerospace engineer. Although he was headed in the opposite direction, he was generous enough to drive us to Lake City because, in his quest to summit 14ers, he often found himself hitch-hiking. Ergo, he felt called to return the kindness. Good karma flowing from one dirtbag to another. I wanted to tell him he had spared me from hypothermia but I shivered silently in the backseat while he and Matt chatted.

As we entered Lake City–a small town with dirt roads and seemingly more ATV’s than actual vehicles–Daniel explained that Lake City’s claim to fame was cannibalism on account of an ill-fated expedition. To underscore this point, the three of us decided to have dinner together at the Packer Saloon and Cannibal Grill. Every room and bed in town was booked but Big Spork had arrived earlier in the day and snagged a room with two beds. The trail provides, I thought to myself, feeling grateful to have full use of my fingers again.

The streets were empty and quiet as we walked in the direction of the late-night laundromat. Aside from a few neon signs, and the golden interior glow which poured like honey from partitioned windows, there were no street lights. It seemed as though everyone had hidden themselves away from the cold, damp evening. We spotted the strand of glinting emerald green string lights which illuminated the laundromat. Thankfully, it stayed open until 10pm. Matt and I peeled off our crusty hiking clothes and provisionally dressed ourselves in our rain gear. 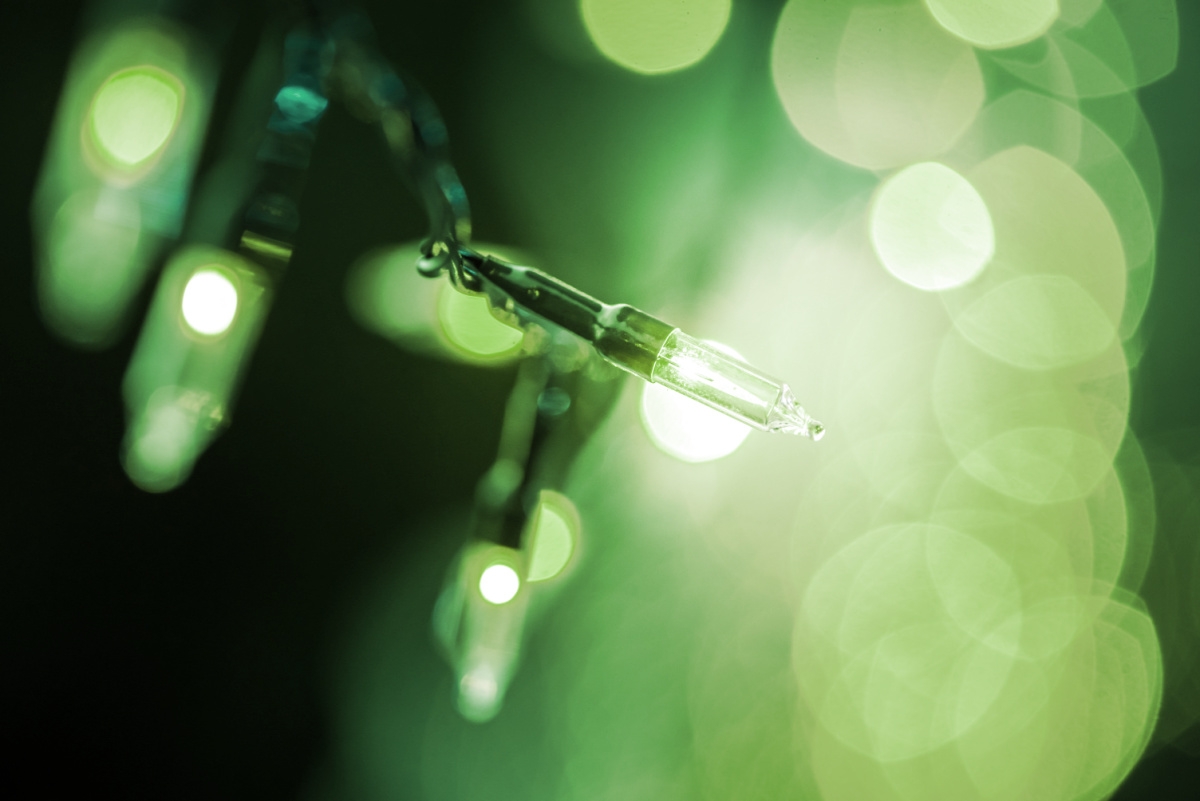 We sat outside on the front porch, waiting for the wash cycle to finish, and took turns reading poems and excerpts aloud to one another. We were always trying to surprise one another, perhaps in an attempt to impress one another, by sharing texts we found intriguing or delightful.

With a green glow cascading across his angular features, Matt asked me, “Do you want to spend some time together after we finish the trail? I know you have a job to start and scholarships to apply for…but maybe we could take a road trip?”

I was stunned. He was so zen about the proposition that I couldn’t feel but feel perplexed. Pleased, but puzzled over the shift from the panic attack he’d experienced a couple of nights earlier.

“Are you sure that’s what you want?” I asked.

“Yes,” He said simply, without a trace of uncertainty. “I’m thinking…motorcycles. From the Rockies to the Teton Range. What do you say?”

I laughed and asked if that included finishing the Colorado trail together. He looked at me in a way that indicated that he had already decided that yes, yes we were.

As we headed toward our lodging for the night, Matt informed me there was a meteor shower painting the sky overhead.

“They’re beautiful,” He said, as if it were a promise. “But you’ve got to be patient and watch for a while.”

But at that moment, I watched as a red-tailed blaze winked across the darkness and felt immeasurable gratitude.

Dreaming of White Blazes – The Trek

To Canada, whatever it takes (Part 2)

Essential Camping Car Accessories That Every Camper Should Own