I began my thru-hiking career (Colorado Trail, 2015) in Hoka’s Mafate Speed trail runners, which were extra cushy, incredibly tough, and astonishingly lightweight. Alas, some 861 miles into my 2016 Appalachian Trail thru-hike, my already wide, short, high-arched feet had spread out considerably, and my beloved Hokas had caused a painful case of sesamoiditis. They were simply too narrow.

So I finished the AT wearing a wide-toebox shoe, the Altra Olympus. It was very cushy and comfy, to be sure, if not very durable. The next year I discovered Altra’s Timp and began using that one, as well.

Then, inexplicably, the company that won fame for its wide shoes began narrowing my two preferred models. I could still wear the company’s most popular thru-hiking model, but it provided very little cushioning and, while tougher than the other two, still wasn’t very durable.

When I went looking for a replacement, I discovered Topo Athletics, whose shoes offer a wide toebox and minimal drop, and that’s all I’ve worn since. The Topo Terraventure 3 remains, for my money, the best thru-hiking trail shoe around (see review here).

Now Topo has released the Pursuit, the company’s first cushioned, zero-drop trail shoe. I have been giving it a test ride since mid-August.

Worn for approximately 200 miles of mountain (Colorado) and beach (South Carolina) running, as well as hiking on the Appalachian Trail. 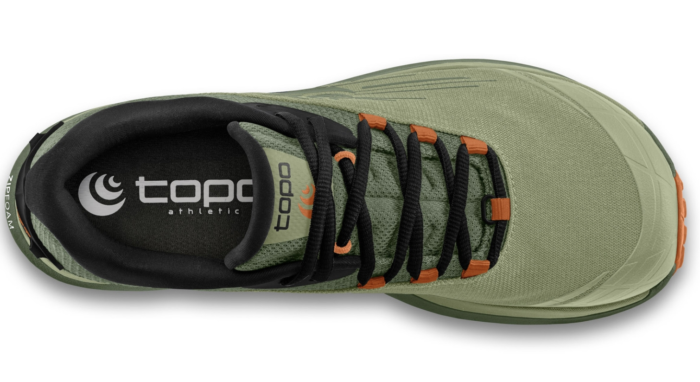 My feet are short and very wide with a high arch and instep. Topo Athletic shoes are now the best-fitting shoes for my feet, though I’ve bumped up to a size 9.5 (from my perennial 8.5).

At a full size up, I found the toebox and heel exactly roomy enough for my feet in the Pursuit without making me feel like I’m wearing too-long clown shoes or causing me to trip.

Topo created the Pursuit after customers asked for a “trail version” of the company’s popular Magnifly, a zero-drop, cushioned, breathable road-running shoe. So this is basically that model with a beefier, grippier sole with tougher uppers. It’s slightly heavier than the Magnify.

I found the Pursuit comfortable. Despite listing the cushion as “moderate,” I think it gives a slightly more cushioned ride than the “moderate” cushion TV3. This shoe feels to me like Topo’s version of the Olympus, but with a wider fit and better durability. 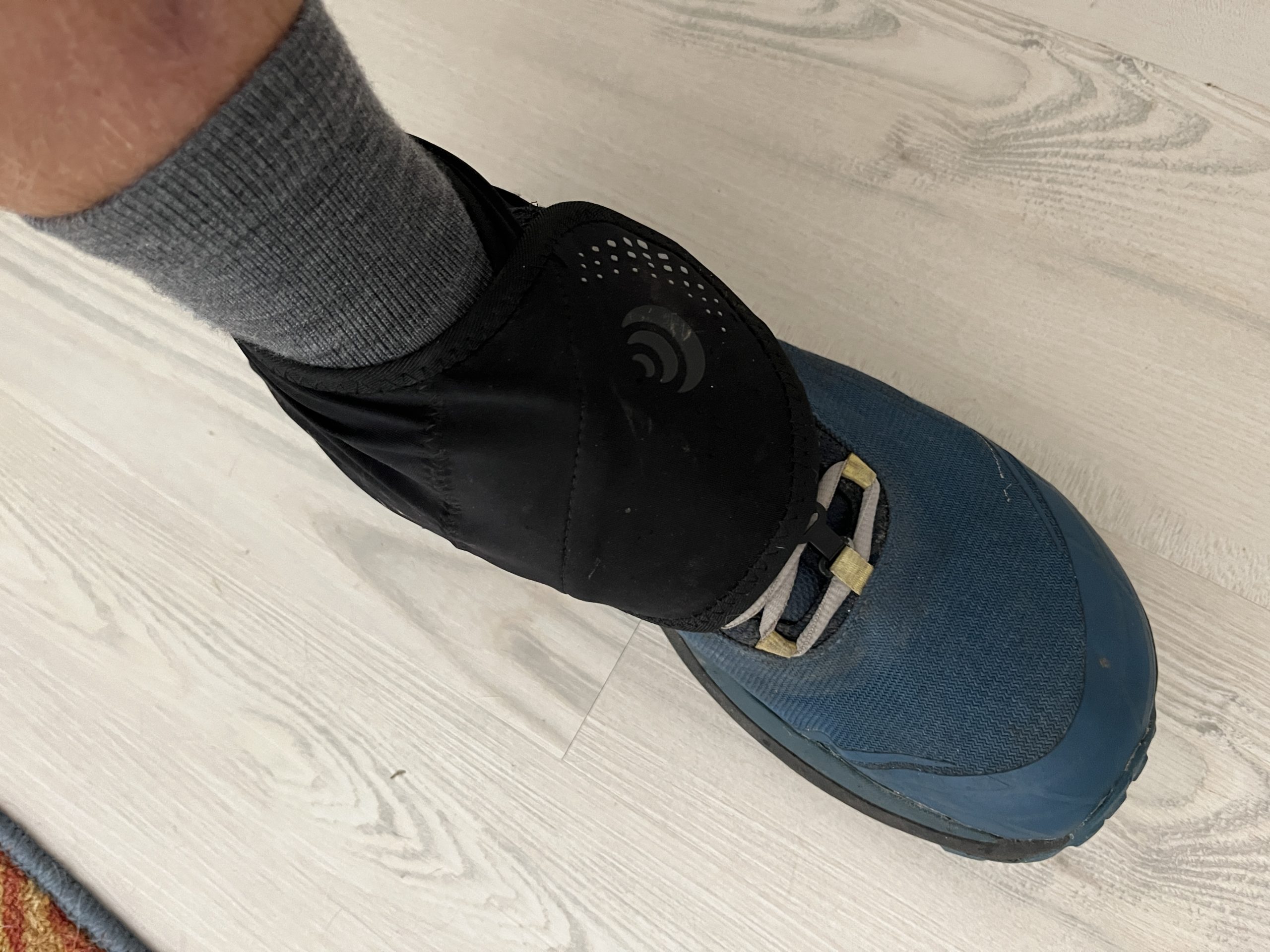 Topo’s standard Vibram soles are a real selling point for their trail shoes. The Megagrip is Vibram’s highly durable, high-performance sole, very much intended for trails and long distances. I’ve found Topo’s Vibram soles incredibly durable. They were still solid after 600+ miles (when, solely for reasons of cushion, not wear, I tend to switch out Topos). The Pursuit gives no indication of being any less tough after 200 miles. 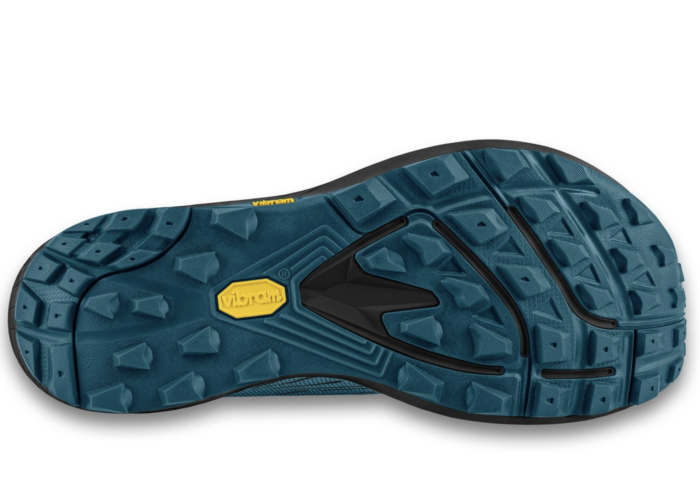 I did not put the Pursuit through the wringer as I did the TV3 on the PCT in 2021, so I can’t render a definitive judgment on durability.

That said, the uppers on the Pursuit are made from the same remarkably tough material as the TV3. Even after 600 miles, the worst I can say of the TV3’s uppers is that I’ve seen the beginning of a hole on two occasions. At 200 miles, the Pursuit looks good as new, just as I’ve come to expect from Topos; I fully expect it will hold up as well as the TV3.

Topo offers a unique gaiter system. The gaiter attaches to a small metal loop at the bottom of the tongue in front, like most brands. But in back, Topo gaiters attach via metal clips to two small rubber nubs on the heel. 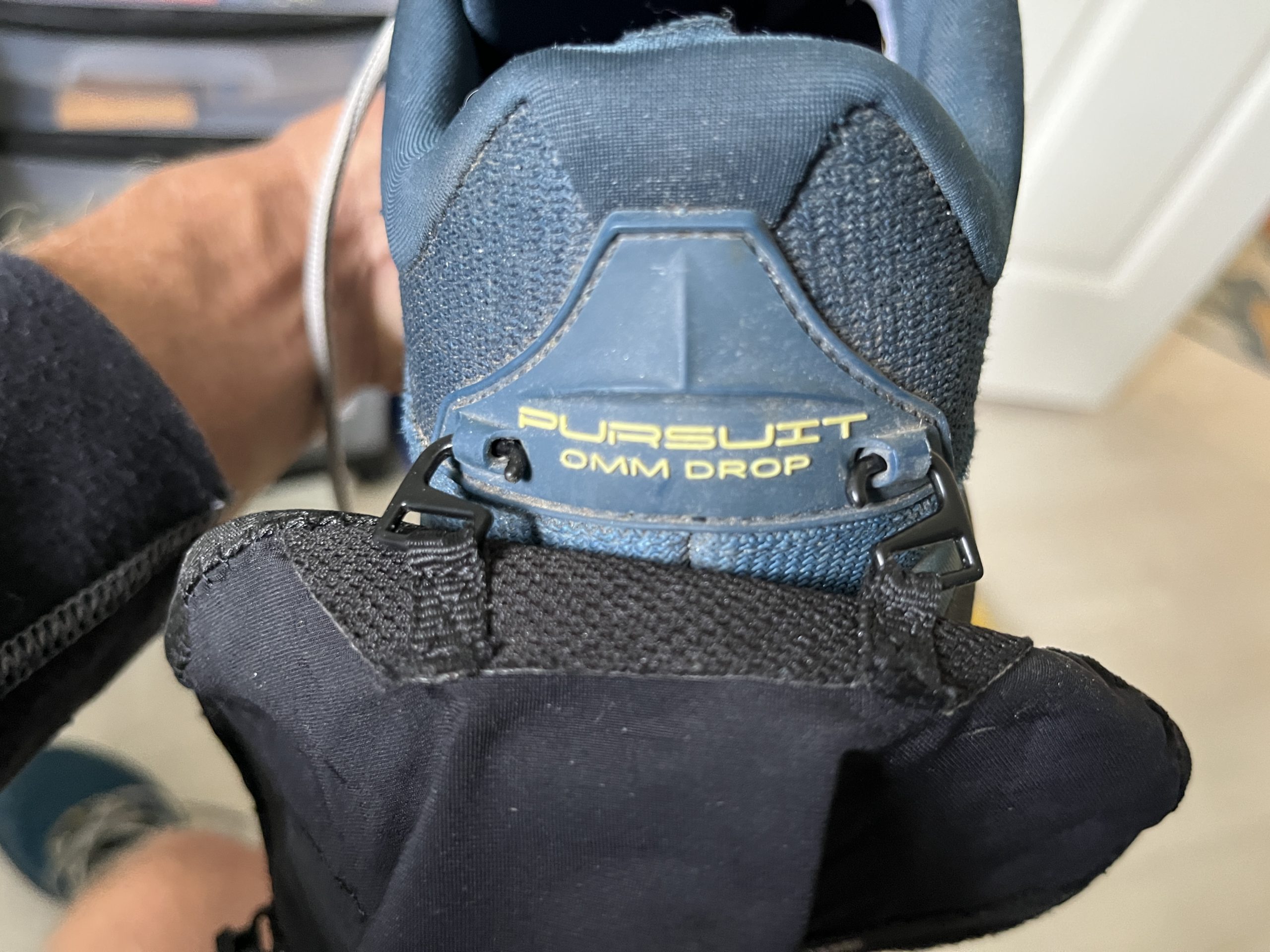 That’s a cool innovation, though Topo’s gaiters take a little more effort to attach than, say, a pair of hiker-favorite Dirty Girl Gaiters. Once fastened, they do a great job of keeping the clutter out.

That said, they are heavier than Dirty Girls or similar gaiters. If you want to use a Velcro-based gaiter, you’ll have to create it yourself by self-sticking Velcro at any hardware store. I strongly advise super-gluing the Velcro to the back of the shoe.

Surprisingly, for such a tough shoe, the Pursuit dries out quickly.

And I remain pleasantly surprised that Topo’s laces stay tied and toecaps tend not to peel off (OK, I’ve had one peel away, but that’s all). I have no idea why this is, but if Topo can do it, why can’t other manufacturers get this right? 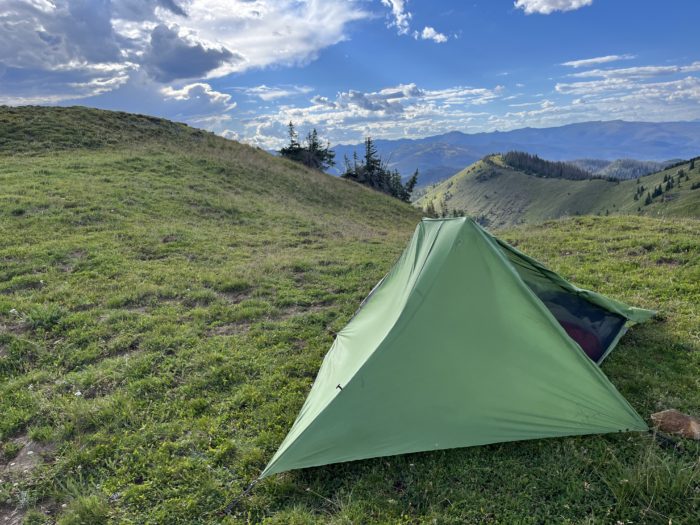 Here’s a pretty picture of the Continental Divide Trail in the South San Juan Wilderness because how many shoe pictures do you really need to see? Clay Bonnyman Evans photo.

I’m looking at the Pursuit as Topo’s zero-drop, slightly more cushioned version of the Terraventure 3. I think I still prefer the TV3 for thru-hiking—it’s a little roomier—but the Pursuit is a comfortable, solid, and durable shoe for those seeking a sliver more comfort and a zero-drop model. And that said, I think I prefer the Pursuit for running. Topo is doing things right; here’s hoping they continue!

Hoka One One Speedgoat

The Topo Athletic Pursuit was donated for the purpose of review.

Things To Do on a Day Trip to Geneva

Island of the Blue Dolphins – besthike.com

How to Safely Hike Alone: Getting Started

How to Build a Campfire Safely & Quickly

5 Reasons To Try Backpacking on Your Next Adventure