My beloved pack, my one and only constant hiking partner, has been shipped off for repairs,

and I don’t know if I will see her again. I can no longer run from the truth – my Appalachian Trail thru hike is officially over. Even though I summited Katahdin, and Baxter State Park closed for the ’22 NOBO season, there was something still calling me to the trail. Finishing with my flip flop hiking buddies and watching them get back on trail to start their southern journey to Springer Mountain was torturous. I wanted to join them so bad! An inner voice kept saying there was more time to hike this year. The weather has been agreeable, especially heading south. I could go back through the Shenandoahs and find out what they are like without a cracked rib. My trail kids are heading back to pick up some missed miles in southern Maine, I could join them and hike my favorite miles with some of my favorite people. Maybe I could just meet up with my cousin and hike Bear Mountain in NY, now that the temperatures weren’t soaring. My off trail transition has been set to the constant beat of these whisperings, and it hasn’t helped. It took sending away my pack for the reality to finally set in.

Roughly six weeks have passed since my summit day. On the surface, I’ve done all the things they say you should do to get back to the ‘real’ world. I’ve rested, but kept moving as much as my healing body safely allows. I stopped eating Snickers every day and talked my body down from hiker hunger as my metabolism sadly slows back to its pre-hike tempo. I’ve kept in touch with tramily and trail friends, and joined some outdoor groups. I started thinking about next season and possible trips I can start planning for. I’ve cleaned all my gear and assessed my kit and started saving for some possible changes in that arena. Even after all this, I sit with my morning coffee and watch my birds and squirrels at their feeders and think, ‘I am on the wrong side of the glass.’

I wouldn’t say I have post trail depression or post adventure blues, or whatever you want to call it. I would say I am experiencing post hike confusion, with a healthy dose of dissociation or impostor syndrome. There was an expectation that I would be sore after my hike, though I’m pretty sure no one ever said ‘Hey, once you stop hiking, your body is going to throw a temper tantrum like a punished teen trashing their room.’ Certain areas that never hurt on my hike, like my knees (I was one of the lucky ones), suddenly just stopped working. I’m just now getting to where I can take stairs without too much complaining. What completely took me by surprise, however, was the extreme mental fog I am still experiencing. In a way it makes sense, you spend so much time focusing on that green tunnel, all your attention goes to the terrain, the weather, and the next resupply. On the trail, I became a Feral Queen, while in the ‘real’ world, I was the Queen of Multitasking, but she might have gotten lost in the forest along the way. The constant stimulation from EVERYTHING is overwhelming, like going from a sensory depravation chamber to Times Square. I’ve taken to reading books and making music to help my concentration, and it is improving, albeit at an excruciatingly slow pace. It’s as if the only thing that makes sense anymore is hiking.

I don’t recognize the person in the summit photo. She doesn’t match the person I see in the mirror. Randomly I will say, ‘I hiked the Appalachian Trail,’ not to brag, but to try and convince myself that I actually did it. That I am that 1 out of 4 hikers who attempt the trail and complete it. Maybe it is because my hike didn’t go how I imagined. It didn’t resemble others’ journeys I had read about or watched videos of. It was still successful, just different. I know, I know, comparison kills the spirit. If there is one thing I learned about myself over the last several months is that I constantly compare myself to the status quo for no reason that makes any damn sense, and I need to knock it off already. 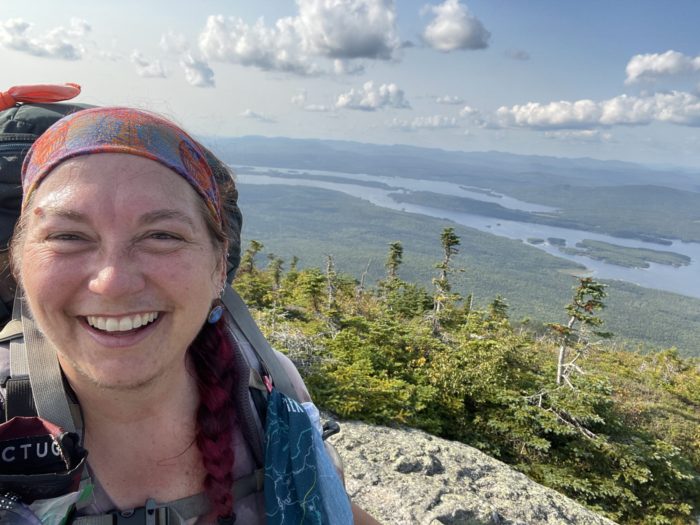 Actively on the hunt for her.

In short, I haven’t a clue. One of my romanticized ideas pre-hike was that I would come down from Katahdin with a clear idea of my path and purpose, like I was Moses with the ten commandments or something. Instead, I have a handful of ideas, but no standouts, no white blazes out here in the ‘real’ world. There are plans for some hikes, but certainly no triple crown in my future, that much I do know. Neither the PCT or the CDT call to me like the AT had for so many years. I do have my sights set on the Colorado Trail, and possibly the Finger Lakes Trail, but I will be heading to the New England Trail next year. In the interim, I will keep trying to find out where I fit in this ‘real’ world. Keep throwing the proverbial pasta at the wall to see what sticks. The better part of a decade was spent working toward this one goal. Time to find a new goal. Tomorrow isn’t promised, after all.

“Why doesn’t constant trampling defeat the dandelion? The key to its strength is its long and sturdy root, which extends deep into the earth. The same principle applies to people. The true victors in life are those who, enduring repeated challenges and setbacks, have sent the roots of their being to such a depth that nothing can shake them.”  -Daisaku Ikeda 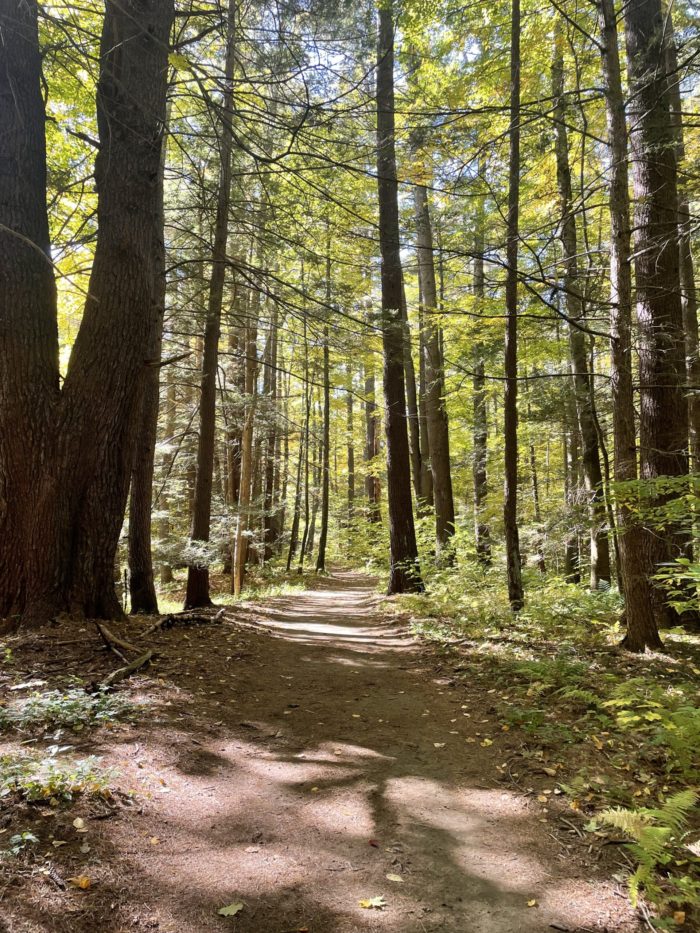 Let’s see where this one goes!

Oregon Coast Trail is NOT REALLY a Trail 😀 – besthike.com

Solo Adventures Around the Mediterranean