Why I Chose the Backbone Trail as My First Thru Hike

In early February, I plan to set out solo on a long distance trail that’s still considered officially unfinished, has unreliable water, and requires that you camp off trail after the first night. This trail of mine is called the Backbone Trail (BBT), and it’s located in Southern California, tucked on a ridgeline in the Santa Monica Mountains. Sure, I could’ve chosen the PCT or the AT or even the JMT, and I DO plan on completing these trails at some point in my life, but I chose the BBT as my first thru hike, and this is why.

A couple years ago, I remember hiking Sandstone Peak with my dad when I was in town visiting after a summer of travel and I mentioned in passing, that maybe, one day, I’d tackle our local long distance trail and walk the approximately 70 miles from Will Rogers State Historic Park to the ocean at Point Mugu.

I grew up at the base of the Santa Monica Mountains, and as long as I’ve been hiking, I’ve been hearing the words “Backbone Trail.” It’s a trail that’s often section-hiked in short spurts. My first ten-mile hike ever was a section of it called Hondo Canyon, and it often crosses roads and other trails that are more frequently used than the BBT itself.

The Santa Monica Mountains are home and always will be in some capacity of the word. There are a few true reasons that I chose the BBT over going bigger for my first thru hike.

The first is that I already have a strong connection to this trail and I’d like to truly experience everything it has along its 70 miles before my parents move in 2023. By the end of this year, they plan on moving out of state, which means that although Los Angeles will always be the place that I grew up, it will become increasingly difficult to visit. It feels like now or never for the BBT, but it also feels like a goodbye. 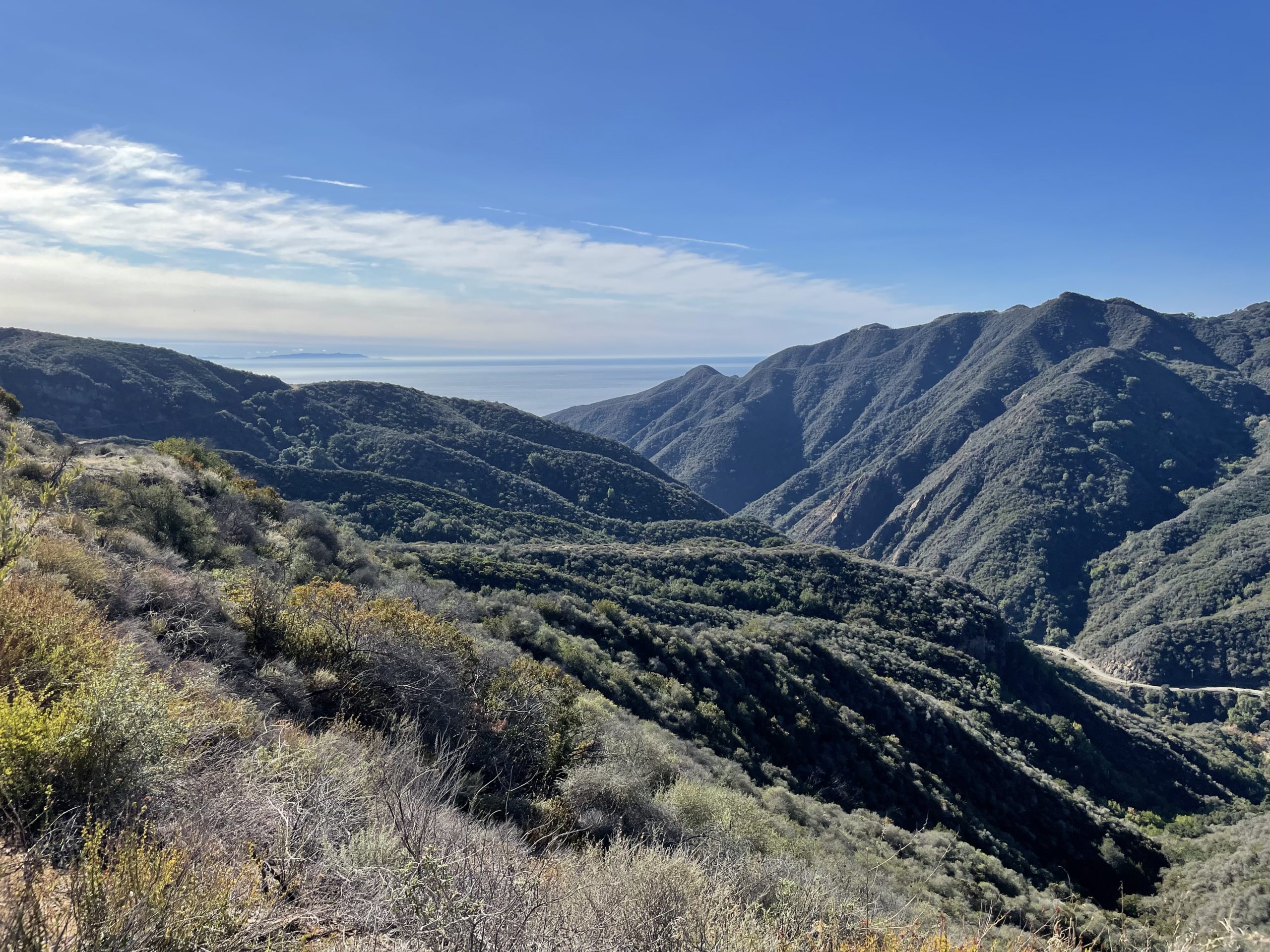 Save the Santa Monicas

The second reason is that, in the past month, while I’ve been spending time in LA visiting family, I’ve noticed that so much has changed in these mountains since the last time I was here, and certainly, since I learned to hike here as a child. Now, trails and rocks are riddled with graffiti, wildflowers have been torn up by dirt bikes, and the amount of trash on the ground in some areas is more than I’ve ever seen before. I want to start a conversation.

While most Los Angeles locals have probably heard of the BBT, they probably don’t know that it’s some of our last remaining local backcountry. The Santa Monica Mountains is known as our country’s largest urban National Park, and we need to start treating it with the respect that we give places like the Redwoods or Yosemite. Just because it’s adjacent to a city doesn’t mean that it deserves less love than the more remote places in California. There just isn’t a lot of awareness or education about the wildlife and plants that call this place home, and because of that, this last wilderness simply doesn’t receive the respect it deserves from locals and tourists alike.

While hiking the BBT, I plan on documenting these effects of over tourism, and educating about responsible recreation as I troubleshoot how to hike a long distance trail that’s still considered officially incomplete. I want to show the beauty of my home mountains by documenting the entire length of them, and talk about how we can do better to respect and protect our local and non local wild spaces by starting a conversation close to home.

An Homage to Home

More than anything, at its root, I think hiking this trail is my love letter to the mountains that raised me. As I walk the entire ridgeline from East to West, this hike is my thank you. It is my time to say to the Santa Monica Mountains, I love you, and I will do my best to protect you, and teach about why you’re so special. Because they are, and they deserve to be known.

Christmas on trail! – The Trek

How To Find Direct and Multi-City Flight Routes